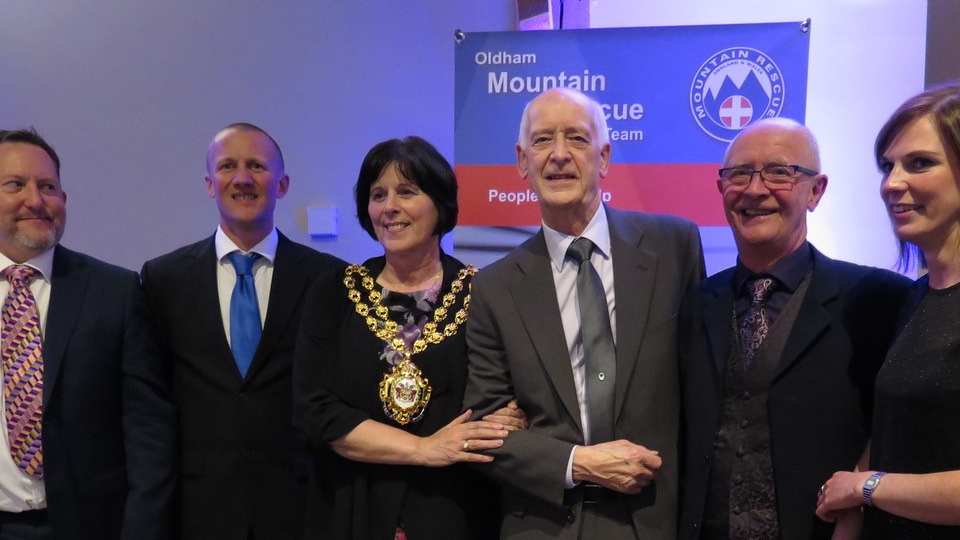 Oldham’s unassuming heroes of the hills celebrated their outstanding achievements at a glittering 55th anniversary celebration.

The unstinting efforts  of the legendary Oldham Mountain Rescue Team was praised by the town’s mayor, Cllr Ginny Alexander, guest of honour with her consort husband, Adrian, at their dinner at the White Hart, Lydgate.

And the team’s dedication was underpinned when she presented a personal Mayors Award to Peter Hyde who  joined the  team in 1965.

She said: “Peter’s is such a great achievement. I was proud  to present him with The Mayor's Award and a crystal bowl  for his service.

“Mountain rescue do a totally remarkable job being on call 24 hours a day, seven days a week.

“They are an amazing voluntary organisation helping those lost, injured or in danger in remote and inaccessible areas around the borough and beyond, saving our people, our wildlife and our moors.

“I also had the honour of being with them when they won the Queens Award for Voluntary Service which they richly deserved.

“Keep up the great work — we are indeed very proud of you all,” she added.

Rob Tortoiseshell, the team leader, presented  Mr Hyde  with his 55 year long service award, a Mountain Rescue England and Wales certificate and a special watch from the team.

He said: “It’s an honour to be a member of the same team as someone so dedicated to helping others.

“Peter has been instrumental in many of the team’s milestones, not least when we were honoured with the Queen’s Award for Voluntary Service this year, something into which he put a lot of work.”

And addressing the audience, he added: “ Officially we have 51 team members, but in reality, every one of you is part of the team.

“ Without the support of our families, and of the community, we couldn’t do what we do. So thank you all for making Oldham Mountain Rescue Team the success that it is.” 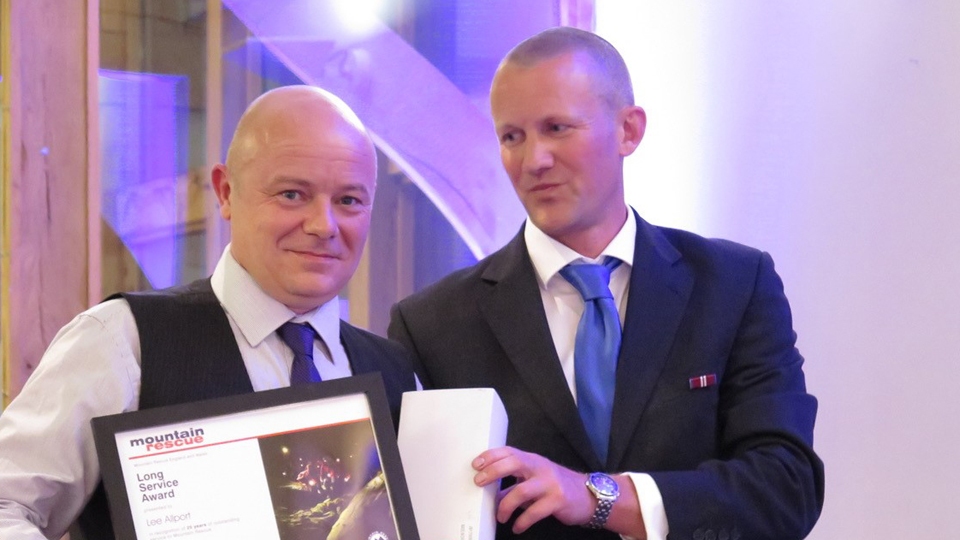 Lee Allport, one of the deputy team leaders,  received a Mountain Rescue England and Wales certificate and OMRT trophy for 25 years service.