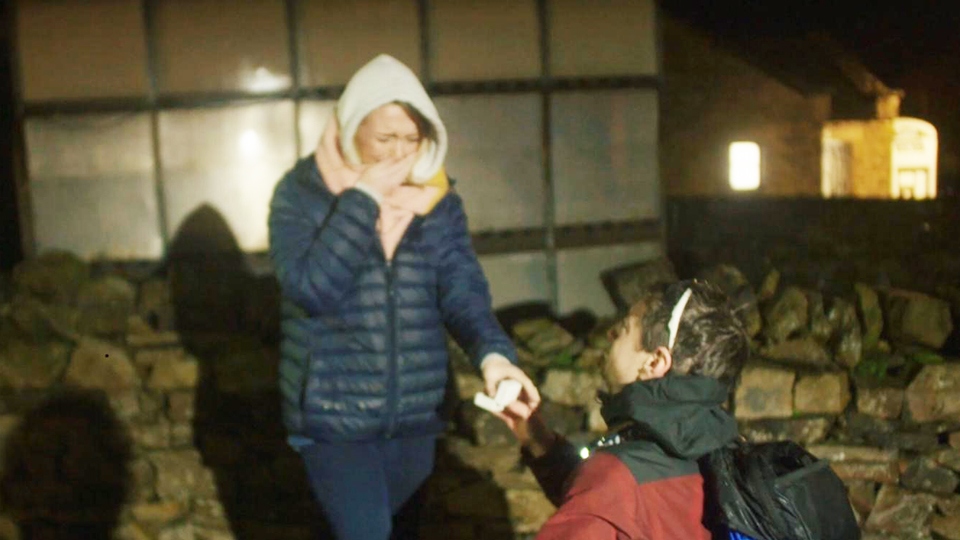 Intrepid Luke Viney took a really long and winding road to propose to his true love...

The 26 year old accountant was one of three bravehart entrants from OMRT who all set off with the avowed intention of raising funds to purchase a new control vehicle.

However, in tandem with the mission,  every step of the way Luke was nursing a passionate secret... to propose to his long time girlfriend, Ruth Davis, 25,  a recruitment consultant.

Luke began the race  9am on a Saturday and finished shortly after 6pm in horrendous weather and in a mind-blowing  57 hours 12 minutes hours later on a Monday.

And along the torturous route the heroic competitors ran into Storm Brendan with harsh winds gusting at 80mph, backed by hailstones and driving rain over some of the most exposed parts of the course.

And although Ruth and family members were at road crossings a number of times to cheer him on as he raced north they remained in the dark about his surprise plan.

But just yards after he staggered over the finishing line, an exhausted Luke unsteadily got down on one knee, produced the ring and proposed to Ruth to cheers from friends and fellow OMRT team members. 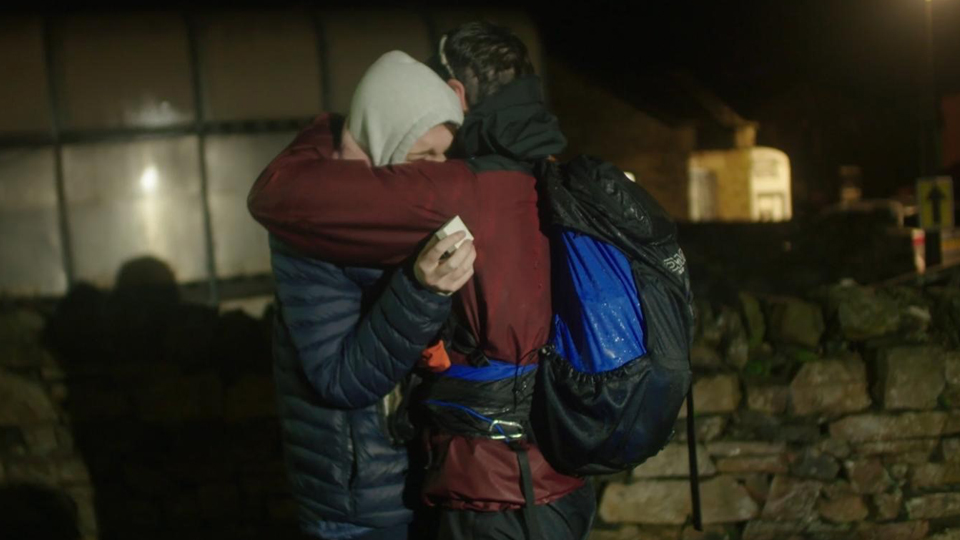 Speaking later at his Mossley home, Luke said: “Being part of this race was an incredible experience. It forces you to dig yourself out of some dark places at times when fatigue and negativity sets in — fortunately I had something brilliant to look forward to.

“And proposing to Ruth just a few feet over the finish line was the most amazing end and an incredibly special moment I’ll never forget.

“The plan was always to propose upon completion of the race, given the fact injury had prevented me from continuing last year. So I had more than a bone to pick with this race,” he confided.

“Ruth and I have been together for six years and it was well past time for me to get down on one knee.

“This seemed a perfect opportunity given how supportive she is particularly of my involvement with Mountain Rescue.  She  and her family gave mr some huge moral boosts along the route.”

But he confessed: “The race didn’t go exactly to plan and I managed to injure myself...again! But fortunately not as bad as last year when a leg injury kept me out of action for running for six months.

“This time I was able to plod onwards towards to finish knowing I had a fairly big incentive to get there.”

Said Ruth : “I’m so proud of Luke for completing the Montane Spine MRT Challenge, he did so well in such gruelling conditions. And the engagement was a bonus!

“We’re both really happy and overwhelmed with everyone’s best wishes.”

OMRT colleagues Rob Jones finished in 43 hours,  Ron McFaull had to retire though injury but collectively the trojan band raised a remarkable £7,500 toward the cost of the new control vehicle from the MRT Challenger.

Luke’s sponsorship page is still open at:  https://www.justgiving.com/fundraising/lukevineyomrt  for donations.