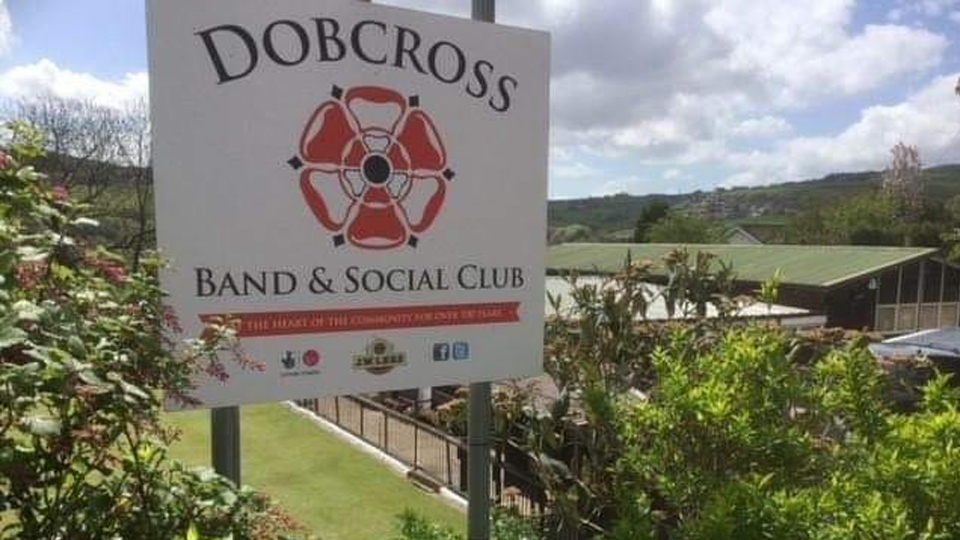 There was plenty of good cheer at heritage Dobcross Band Club when the Rochdale, Oldham and Bury branch of real ale watchdogs CAMRA descended on the club to present two cherished awards.

The club was awarded the prestigious CAMRA Club of the Year title for 2021 and as an added bonus, the delayed branch award for the lockdown year of 2020.

A packed house heard CAMRA branch chairman, Peter Alexander extol the virtues of the Club and the hard work and dedication of Steward John Holden.

He said the band club had also done extremely well in the Greater Manchester Club of the Year contest, finishing a close second to Flixton Conservative Club, former national winners of the award.

Don Booth, the CAMRA branch member responsible for the promotion of real ale in clubs, said  Dobcross Band Club was shining example of what a social club should be, always providing a warm welcome to visitors together with top quality beers, kept in consistently excellent form by John and his staff.

In response, steward John thanked the CAMRA branch for their recognition and praised his hard-working staff, before expressing his pride at being named top club across Rochdale, Oldham and Bury for the fourth year in a row.

He also praised the support of the club committee in backing a number of improvements over recent years and stated his determination to challenge for the Greater Manchester title, then on to the national crown.

Band club president, Terry Lawless it said had been a long term ambition to get the club into the CAMRA Good Beer Guide and once that was achieved, the Club of the Year titles were the icing on the cake.

"The fact that the club has won for the last four years is just reward for the hard work put in by a number of unsung heroes.

"This has seen the clubs fortunes transformed and strengthened its position at the heart of the local community."

Terry told CAMRA members John Holden’s long service and dedication had led to the decision to name the refurbished bar lounge in his honour. John expressed his surprise and delight at having the room named after him, and his particular pleasure at the room sign being adorned with symbols of the two passions in his life, the white rose of Yorkshire and the club badge of Mossley FC. In response, the CAMRA members gave John a well deserved standing ovation.