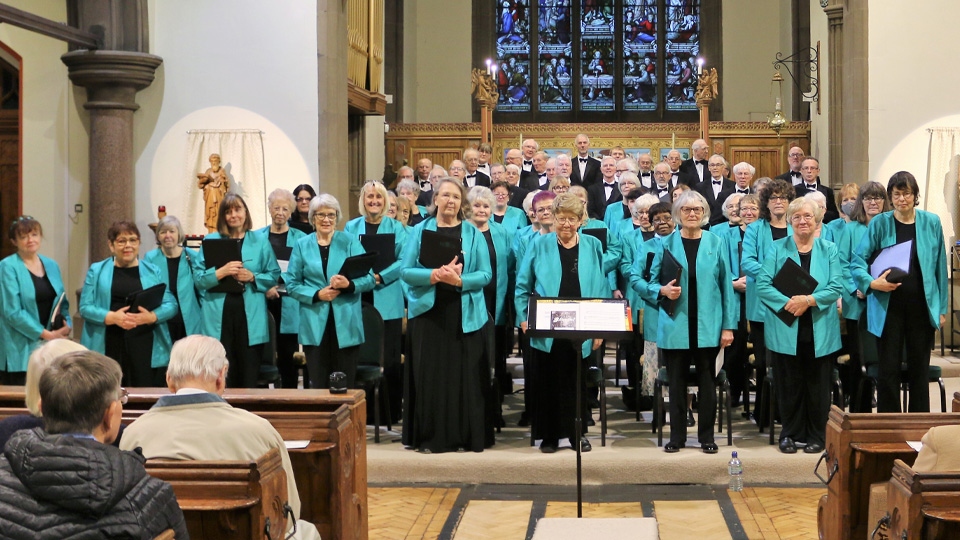 Oldham Choral Society delighted a full audience in the beautiful surroundings of St Paul’s Church Royton on Sunday with their performance of two contrasting versions of the ‘Gloria’.

The Vivaldi Gloria is one of the most joyful and popular works of the Italian Baroque, and Rutter’s Gloria is a lively contemporary work with lots of exciting Latin and jazz rhythms.

The choir were joined by two young talented local singers, Soprano Rachel Abbott and Contralto Ailsa Mainwaring, who took part in the two Glorias and also sang a few pieces that were in keeping with the theme of the concert.

As we emerge from the pandemic the theme of the Glorias reflected the choir’s joy of coming together to make music. Vivaldi’s work was first performed over 300 years ago and it is nearly 50 years since John Rutter was inspired to write his, but the thrill of both works is undiminished. 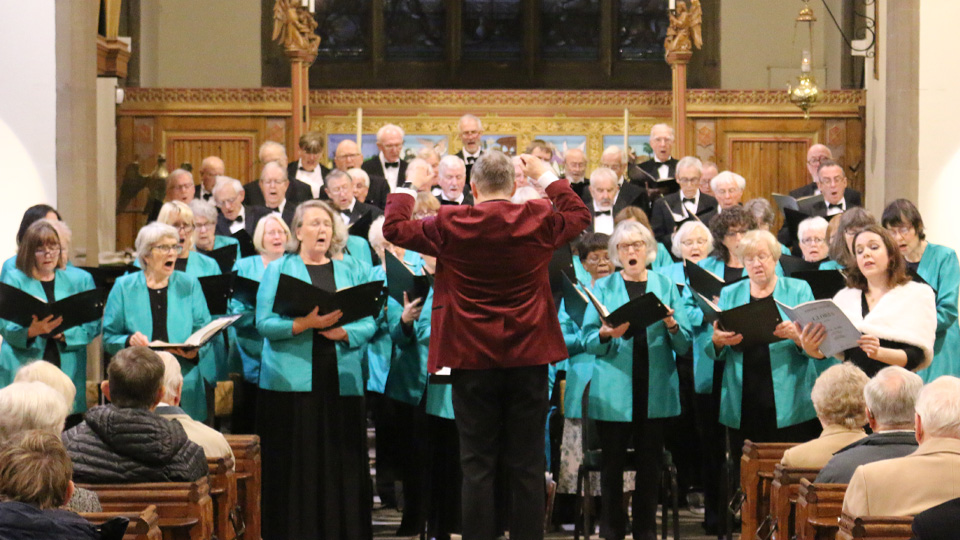 This was followed by the Contralto in ‘Vergnugte Ruh’ (Contented peace, delight of the soul) by J.S. Bach,  and the Soprano in Handel’s Rejoice greatly from ‘The Messiah’. We all know people who have died during the Pandemic, but there are two members of the bass section of the choir who have recently passed away though not from Covid. The following duet allowed the choir and audience to remember these while listening to a beautiful rendition of a short selection from ‘The Messiah’,  including ‘He shall feed his flock’ and ‘Come unto him’. 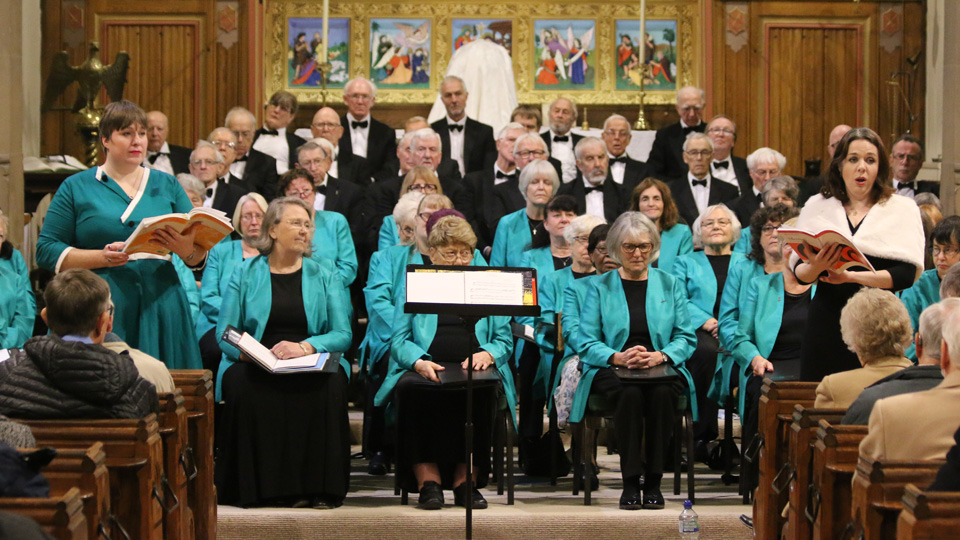 Oldham Choral Society has been fortunate to have Nigel Wilkinson as its Musical Director and Conductor and he returns for his 23rd year. The choir is in a strong position going forward after the Pandemic.

Fred Jones, the president and long serving member as chairman of the choir says, ‘I am really proud of the way the choir members have come back in force to rehearsals, and worked so hard to put on tonight’s concert. I’m sure they will retain their place as one of the region’s finest choirs.’

This ‘Glorious’concert has brought the enjoyment of music to the audience and musicians.