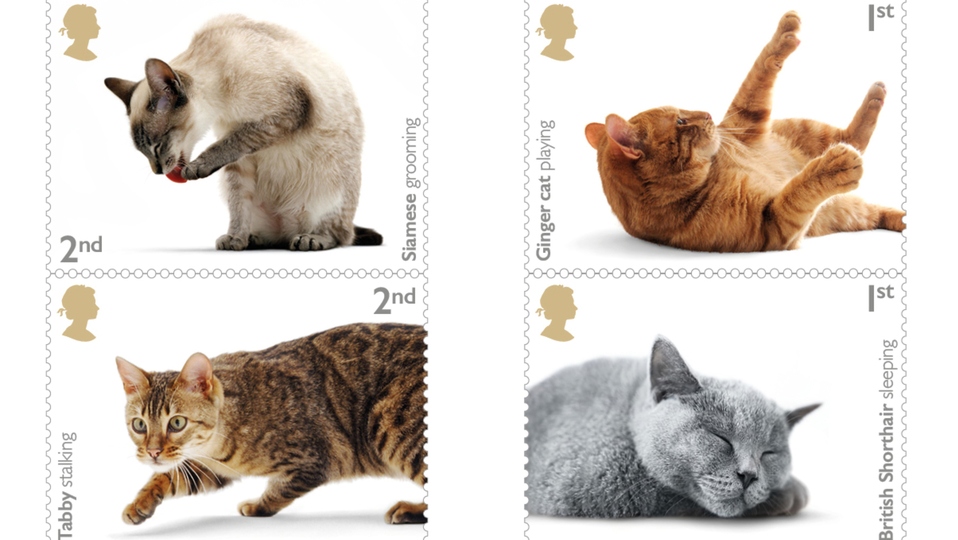 Royal Mail has launched the purr-fect new set of eight stamps featuring beautiful images of cats doing what they do best.

The images show cats: grooming; stalking; playing; sleeping; staring; being on alert; being curious; and stretching.

The cats include a mix of pedigree breeds and moggies representing some of the most popular owned cats in the UK - each is then shown on the stamps in characteristic behaviour.

Royal Mail worked with author and animal expert, Tamsin Pickeral, author of The Grace of the Cat: An illustrated History on the stamp issue.

Domestic cats have a broad range of language to let their owners know what they do – or don’t want!

After birds, they have the widest range of vocalisation of any domestic pet.

Some breeds are far chattier than others, for example, the Siamese and Burmese are particularly vocal.

Some amazing cat facts include:

Sir Isaac Newton is credited with inventing the cat flap

There are over 10.2 million cats in the UK

Cats have only a few hundred taste buds compared to a human’s 9,000

Cats have up to 200 million odour-sensitive cells in their noses, compared to humans who have just 5 million

Cats also have a ‘second nose’, the vomeronasal scent organ, located on the roof of their mouth, which is able to detect pheromones

David Gold, Director External Affairs and Policy, Royal Mail, said: “These beautiful stamps showing cats being cats, show why as a nation, we are besotted with them.

"Their enchanting, independent and quirky ways are perfectly captured in these images that all animal lovers will adore.”