You are Here: Home » News » Education » New Chair of Corporation Board appointed at Hopwood Hall

New Chair of Corporation Board appointed at Hopwood Hall 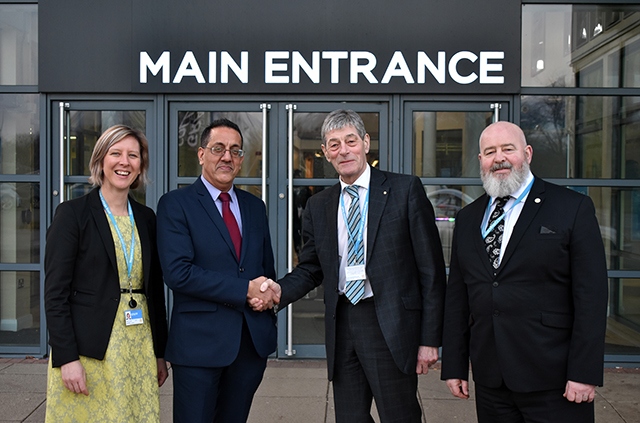 Hopwood Hall College have officially appointed Nazir Afzal OBE as their new Chair of the Corporation Board starting from September, following Robert Clegg’s announcement he will be stepping down from the role after 15 years of service.

Among a great many notable achievements, Mr Afzal is widely recognised in the Greater Manchester area for his key role in prosecuting the ‘Rochdale grooming gangs’, after he became Chief Crown Prosecutor of the Crown Prosecution Service for North West England.

As the current Pro-Chancellor at the University of West London, Mr Afzal already has experience in the post-16 education sector and will step down from his position at the University to take up the role of Chair at Hopwood Hall College.

Nazir Afzal OBE’s appointment comes at the same time as three other new independent members of the Corporation Board.

Jennifer Worsdale joins the corporation having previously held Deputy Principal and Acting Principal roles at another further education college in Manchester. Natalie Webster joins alongside her role as Pre-Construction Project Manager at the Co-Operative group. Jaqui Mellor joins the corporation whilst working as the Schools Service Manager at the School of Education & Professional Development, University of Huddersfield.

Hopwood Hall Principal, Derek O’Toole, spoke of the College’s excitement at appointing such an accomplished individual to their Corporation Board.

He said: “On behalf of the College, I would like to welcome Nazir to the team and express how excited we all are to have someone of his calibre helping to build the future of Hopwood Hall College.

"His role call of achievements is something both our students and staff can really aspire to.

"With experience in some of the highest-profile roles in law, education and campaigning, we believe the corporation is in a very capable pair of hands.

"I'd also like to thank Robert Clegg for his many years of service to Hopwood Hall College.

"He has been an instrumental figure in the development and achievements of this College; such as us currently being one of the few FE colleges in Greater Manchester to hold a Grade II rating from Ofsted.