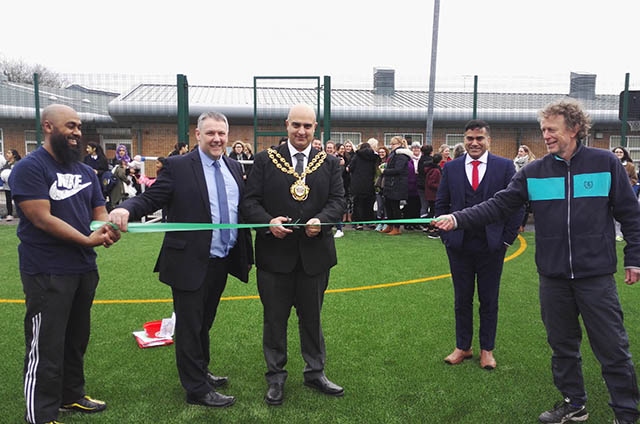 Funding for the re-laying of the pitches came jointly from the Harmony Trust and a number of external bodies, and it is sure to prove popular with local sports fanatics of all ages.

“This will be a community asset too,” said Mr Rahman.

“It’s nice that everyone enjoyed the pitch today, and hopefully everyone will try and join in with that healthy youth lifestyle that we at Greenhill have always believed in.

“We always try to encourage healthy eating and activity all the time.

“It’s important that we implement these type of things at an early age, then hopefully later on in life they’ll carry that on.”

The six teams who completed in a round-robin football tournament on opening day were from Greenhill, Westwood, Alt, Northmoor, Alexandra Park, and a side from local community club Red Star Bengal.

Westwood eventually emerged as champions after each team played five games, but everyone involved was a winner on the day.