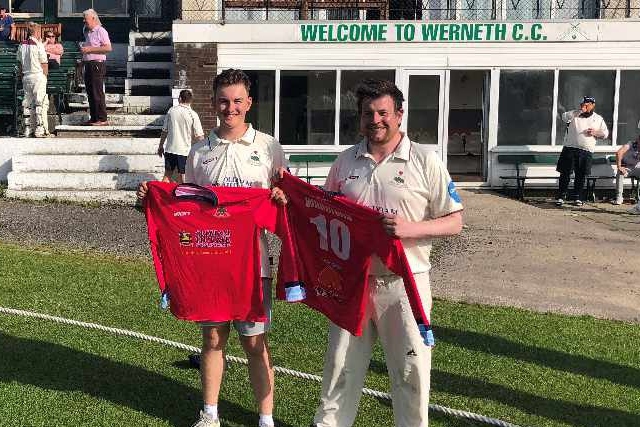 Last Friday (28th June), a Werneth Cricket Club X1 played against an Oldham Hulme Grammar School X1 to promote the sporting and commercial partnership between the two organisations and to raise funds for both parties chosen charity Maggie’s Oldham.

The match itself was played in an excellent spirit and included some hard-hitting batting from John Slater, a classy innings from Nick Chesterton (Boys PE teacher) and all-round expertise from Xander Shelby.

However, the highlight of the match was the outstanding catch in the gully by Werneth player and former Hulme pupil Rob Burston.

Current Werneth Chairman Andy Walker said, “The cricket club and the school have a long-established relationship which we will look to continue to develop so that Hulme pupils and Werneth members have the best possible sporting opportunities.

I’m delighted by tonight’s fixture and look forward to developing the opportunities our sporting links to the school provides.”

The match itself was closely fought, which was won by the Werneth X1 by five runs but it was agreed that cricket was the winner.