You are Here: Home » News » Lifestyle: Health » Could this be a GameChanger for dementia diagnosis?

Could this be a GameChanger for dementia diagnosis? 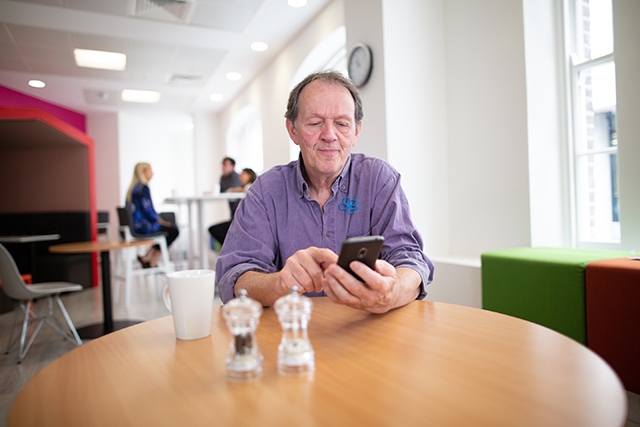 People in Greater Manchester are being urged to help improve the speed and accuracy of a dementia diagnosis by playing a smartphone game.

Alzheimer’s Society, the UK’s leading dementia charity, is calling on people to download and use GameChanger – a new brain games app – for just five minutes a day over one month.

Researchers say data recorded on the app will enable them to understand more about how people usually perform – which will later help them to identify the warning signs of Alzheimer’s.

The national figure is set to exceed one million by 2021.

Someone in the UK develops dementia every three minutes, but a third of cases are undiagnosed.

It is hoped GameChanger will lead to better understanding of the condition which, in turn, will result in improved diagnosis rates.

Alzheimer’s Society has worked with scientists at the University of Oxford’s Big Data Institute on the app, which features a series of games designed to test specific aspects of memory and thinking that are affected in the early stages of Alzheimer’s disease.

As World Alzheimer’s Month draws to a close, the charity is calling on the public to download the app and play the games for five minutes a day, every day for a month.

It is hoped the app can eventually be used to find people in the very early stages of the disease and develop new treatments to stop it in its tracks.

Kevin Whately, famous for starring in Inspector Morse and Lewis, became an Alzheimer’s Society Ambassador after his mum was diagnosed with dementia and has been playing the games ahead of the app’s launch today.

He said: “GameChanger is going to be a very important innovation because the more people play, the quicker we can detect what causes this awful disease.

Jeremy Hughes, Chief Executive at Alzheimer’s Society, said: “We’ve worked hard with the Government and the NHS to increase dementia diagnosis rates but there is far more to be done.

“A third of people with dementia still don’t get a diagnosis, and those who do often tell us it was a painfully slow process.

"A million people in the UK will have dementia by 2021, and if they can get a diagnosis quickly and accurately that will help them to live well with the disease.

“Dementia is the only one of the top ten killers that we can’t cure, prevent or even slow down, so we urgently need to better understand this devastating disease. Alzheimer’s Society is investing in research because it will beat dementia – but for research to progress, more people need to take part, and GameChanger is a great opportunity for everyone to do that.”

Beyond GameChanger, Alzheimer’s Society has a research portfolio of 182 active projects worth over £35 million this year alone, and as a founding funder of the UK Dementia Research Institute it is committed to spending at least £150m in the next decade.

To join Alzheimer’s Society in the ground-breaking research and unite against dementia, go to: alzheimers.org.uk/gamechanger