Bands as football teams? It's a social media smash hit! 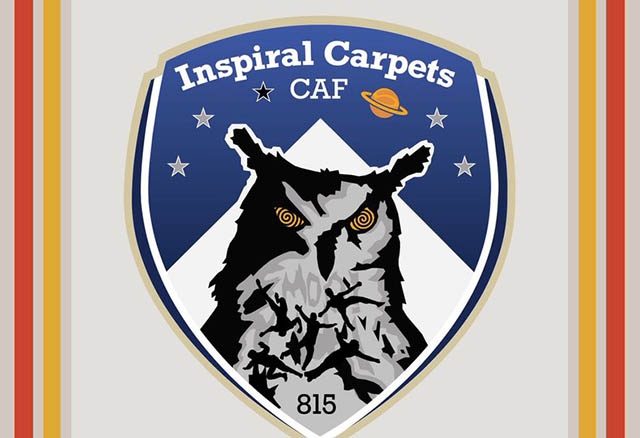 It's only been around for a month or so, but Bands FC has swiftly become a Twitter phenomenon.

Created by Mark Liptrott of Concrete Studio and Nick Fraser, who sells merchandise for enduring favourites the Charlatans, they bring together football and music by pairing iconic identities from both worlds.

Take a look at the Oldham Athletic/Inspiral Carpets badge (above).

It's certainly been well received by fans and even members of the iconic Madchester band, known supporters of the Boundary Park club.

Elsewhere on Twitter, Oldham Jon said: "Amazing piece of work, every time I look at it I see something new."

Dave Bartholomew added: "The 'feathers' on the owl's breast, spectacular. And a black star for Gilly, beautiful."