You are Here: Home » News » Lifestyle: Music  » Cotton Clouds festival - the final countdown is well and truly on!

Cotton Clouds festival - the final countdown is well and truly on! 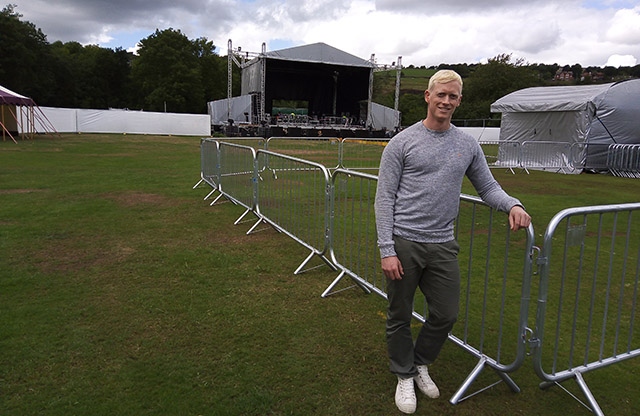 The stages, tents, bars and food outlets are up and now it's just a matter of hours before the start of the second annual Cotton Clouds festival.

Following the overwhelming success of last year's inaugural event on the site at Saddleworth Cricket Club in Greenfield, anticipation is at fever pitch ahead of what promises to be another triumphant weekend for live music.

The festival this year spans two days as opposed to one – tomorrow (Friday) and Saturday – and features three top spec stages guaranteed to provide something for everyone.

A few tickets remain for either tomorrow, Saturday, or both, but you'd better be quick if you want to avoid missing another spectacular showpiece - and the weather looks set fair.

Set in the idyllic Saddleworth Cricket Club grounds, the weekend will be filled with live performances, food stalls and family activities - not to mention the chance to try Cotton Clouds' very own craft ale!

The newly-added Friday night will feature headlines from the Lightning Seeds, the Pigeon Detectives and Badly Drawn Boy.

There is something to suit every taste – from American rapper Chali2na to indie rockers Cavana and a DJ set from Gareth Brooks.

On Saturday, the award-winning Sister Sledge will grace the main stage with their famous mix of jazz, soul, gospel, disco, and R&B.

Other big names include Starsailor, Toploader and Halifax group the Orielles.

For vintage dance, the Allergies will be playing, along with Scarlet who are celebrating the release of their crowd-funded debut album and more.

The festival is also a great opportunity to check out some fresh talent, including locally-based indie prospects the Recreation and Freeda.

Unsurprisingly it's been a mad crazy week at the Cotton Clouds site, with organisers Rick Lees, Max Lees and Luke Stanley dashing around making preparations and organising the sizeable festival crew.

Rick, who is particularly looking forward to try and catch sets from Billy Bibby, the Hyde Park Brass and the Orielles, told me today (Thursday): "The site is looking fantastic.

"We've been here since Monday, and everything is pretty much there now. We're just adding a few finishing touches.

"Last year was a bit of toe-in-the-water thing as we just wanted to see if we could do it basically.

"There's been a lot more planning this year, though. We've made a lot of big improvements, and we can't wait to get people in now.

"From an operational perspective, this year is going to be even better.

"We've increased the bar space by five times - these Saddleworth crowds are a thirsty bunch!

"We have moved the site around a little so it works better from a crowd perspective, there's a brilliant line-up waiting, a brilliant parade and lots of activities for the kids on Saturday." 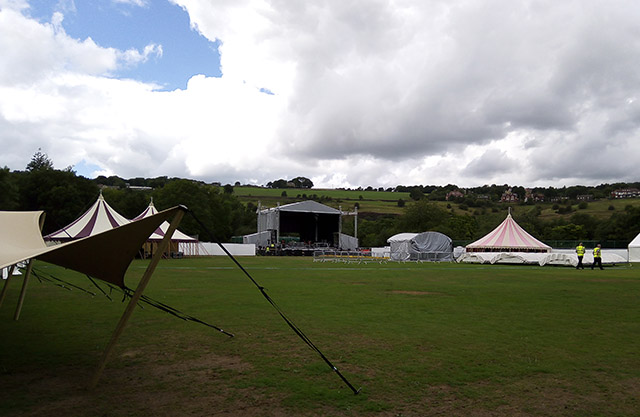 Cotton Clouds has incorporated a selection of other arts into the event this time around.

Other than the fantastic array of music on offer, on the Saturday the festival’s partner Global Grooves will be providing activities such as drumming workshops and lantern-making workshops.

The kids can then carry their lanterns in the evening procession where they can join the drummers and dancers in meeting Bessie the fire breathing dragon.

Although there is no camping onsite, neighbouring Well-i-Hole Farm provides camping space and local B&Bs and hotels are ideal for overnight accommodation.

Friday tickets (over-14s only) cost £25 across the board, while Saturday admission costs £45 (adults) and £25 (kids). Infants enter for free.