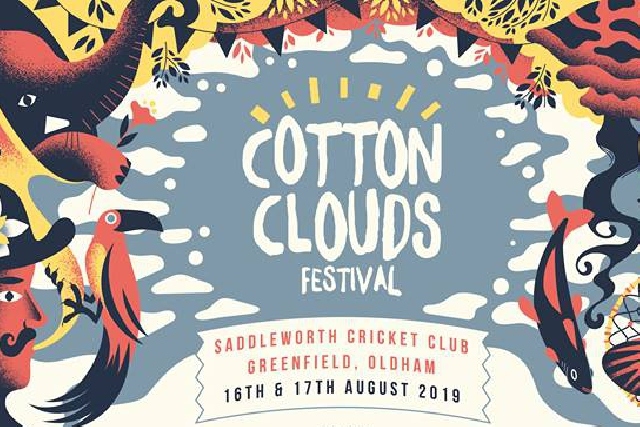 Taking place at Saddleworth Cricket Club in Greenfield on the 16th and 17th August, the event will see a whole host of acts take to the stage including the likes of Reverend and the Makers, Ash, Alabama 3 and The House and Garage Orchestra.

Along with all the music set across three stages, festival goers will also be able to enjoy street food, a real ale tent, a carnival parade, musical robots and entertainment for the kids as well.

Retweet to be in with a chance of winning 2 VIP weekend tickets. Winner announced on Thurs at 8pm.

Now in it’s third year, Cotton Clouds continues to grow as an event with the likes of Toploader, The Lightning Seeds and Sister Sledge performing last year.

This time around it looks like organisers have taken things up a step with the return of bands such as Ash, Alabama 3 and many more announced to perform this time around.

More information about who’s on the line-up along with ticket information can be found by clicking here.