You are Here: Home » News » Lifestyle: Music  » The Battery Farm are back in business!

The Battery Farm are back in business! 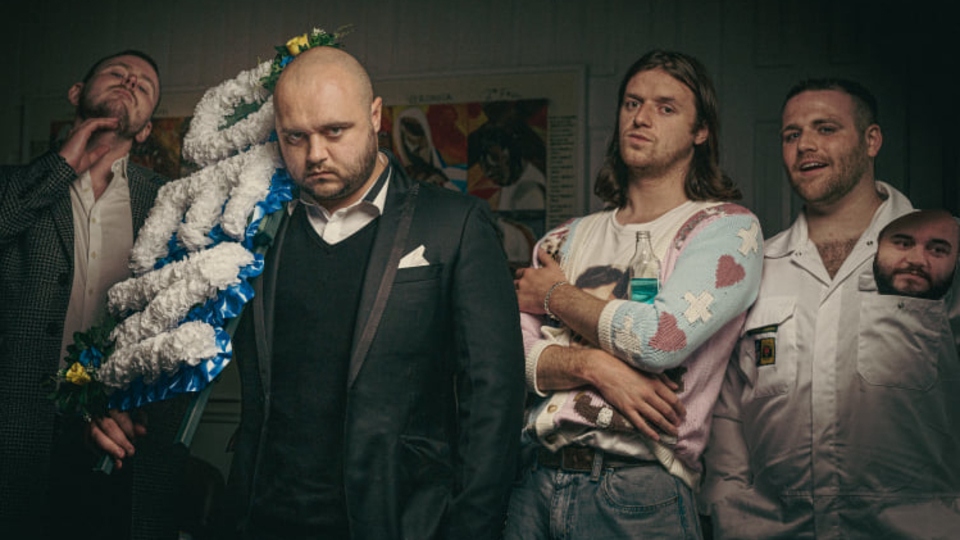 The Battery Farm. Image courtesy of Trust A Fox Photography

‘Relief’, ‘joy’ and ‘terror’ were the three words used to describe The Battery Farm’s long-awaited return to the live stage recently.

The locally-based self-proclaimed ‘gutter punk’ four-piece produced a stormer of a gig at Manchester’s Grafton Arms at the beginning of the month, and it’s clear that it was a highly-charged night of big sounds.

Front-man Ben Corry told the Chronicle: “I've never felt anything like it.

“It was a weird mix of relief, joy and, to be honest, terror.

“We're ten times the band we were at the start of 2020 and it felt like we had a responsibility to ourselves to show that, which I think we've done.

“It felt unreal – it was absolute bliss.”

Ben added: “At the height of lockdown we obviously shut down like everyone else, but we've still carried on writing and talking and got back into the room together as soon as we could.

“Being able to continue doing that has been a lifeline for us in times where we just didn't know when we'd play for an audience again.

“In a weird way having that time to focus on developing has benefitted us, and while I ultimately would rather not have had it given circumstances, I'm proud that we've been able to remain productive in an awful situation.”

The Battery Farm - Ben on vocals and guitar, Dominic Corry on guitar, Paul Worrall on bass and Sam Parkinson on drums – recently released ‘When the whip goes crack’, their latest single which is out now on Blindside Records on all streaming platforms.

Recorded at Red City Recordings, it’s the band’s fifth single release, and it appears to have gone down well.

“Feedback on the single has been amazing,” said Ben.

“I was a little nervous because it's a bit of a change of tack for us - it's more melodic and 'Rocky' but also weirdly heavier - so I didn't know if people would react well.

“They have though, and it's been beautiful to see.

“We've got a new EP out in October and When the whip goes crack was the first glimpse of it.

“Obviously we're still in relatively early days as a band, but I think this EP is the most ambitious thing we've ever done.”

Plans are now to have as successful an EP release as possible.

The Battery Farm’s second EP ‘Dirty Den's march of suffering’ is out on October 15.

Ben added: “We've got an EP launch gig at Gulliver’s in Manchester on October 16 in which we're planning to turn the venue into our own little world.

“Beyond that we're just taking it a day at a time and taking nothing for granted.

“We have a plan for 2022 but it's all in stages and we're not looking beyond the next stage.

“That's all we can really do.

“Either way, the future is exciting for us humble working boys.”