You are Here: Home » News » Latics » Athletic gear up to take on rejuvenated Cobblers

Athletic gear up to take on rejuvenated Cobblers 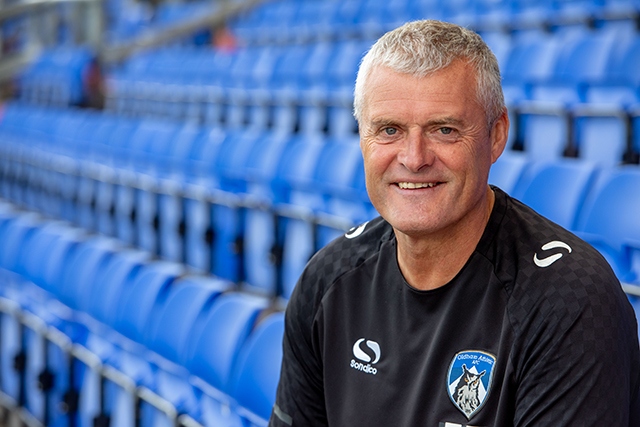 Athletic manager Frankie Bunn is preparing for a stern test of credentials tomorrow as his team head to revitalised Northampton in League Two.

The Cobblers struggled at the start of the season, and sacked boss Dean Austin on October 1.

Keith Curle was appointed as his replacement, and since then the Cobblers have lost just once in six matches.

On Tuesday night, Northampton powered to a 5-0 victory at Macclesfield Town.

“It looks like Keith's made a good start,” said Bunn.

“I'm not sure how many games he's been there, but there has certainly been an upsurge in results.

“Looking at their game at Macclesfield they seem quite attacking with a few options.

Now injury-free, Mohamed Maouche and Andy Taylor are back in contention for the trip to Northampton, when Athletic will hope to make it back-to-back wins after defeating Cheltenham 2-0 on Tuesday.

Meanwhile, it was confirmed yesterday that Athletic’s FA Cup first round tie away at Hampton and Richmond Borough will be shown live on BT Sport on Monday, November 12.

Although Bunn isn’t concentrating on that game right now, he knows his team will have to be well prepared when the tie comes around.

BT clearly feel a cup shock could be on the cards at the home of the National League South high-fliers.

“These sorts of ties are difficult, but that’s for us to overcome and hopefully be in the hat for the second round.”