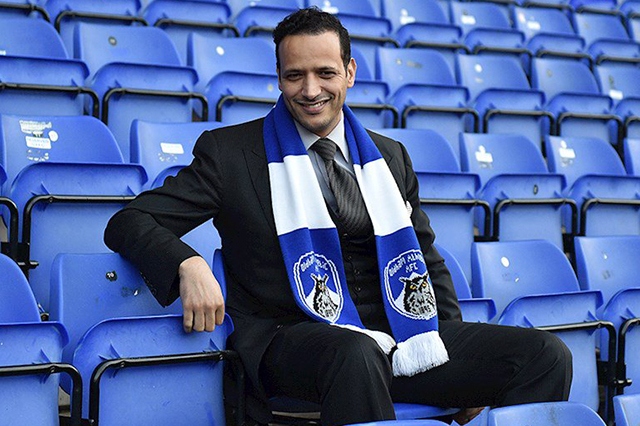 Athletic owner Abdallah Lemsagam has issued an update to fans and the staff again via a club statement, insisting they will have plenty to cheer about in the future.

Mr Lemsagam, who took charge at Boundary Park in the summer, has addressed a number of issues in the statement, including late salary payments, the number of obstacles he faces when running the club, though there is no direct mention of the sacking of assistant manager Andy Rhodes, which happened earlier today (Friday).

In his statement, Mr Lemsagam said: "I would like to start by reiterating my long-term commitment to this football club.

"I have already invested a great amount of time and money into Oldham Athletic and will continue to do so.

"Last month there were a number of reports about late salary payments and I can conﬁrm that this was dealt with promptly and we are working hard to make sure that this doesn’t happen again in the future.

"I have the utmost respect for all the staff, we are all one family at Oldham Athletic and I apologise for any inconvenience that it may have caused.

"With running a football club, there are often a number of obstacles that prove to be difﬁcult but supporters can rest assured that we are dealing with things with the club’s best intentions at heart.

"I am still working to get the club back on track, we are striving to fulﬁl the commitments of the previous ownership which hasn’t been easy and I am personally contributing over £200,000 each month.

"There are also a number of other ﬁnancial commitments that have recently come to light which were not previously known through due diligence.

"The positives will always outweigh the negatives for me and the future of the club is my number one priority.

"It was great to see the team get back to winning ways on Tuesday against Cheltenham Town.

"I know how hard Frankie and the players have been working and I encourage supporters to continue backing them.

"I am looking forward to being there on Saturday to see the team in action against Northampton Town.

"The away record speaks for itself and I am pleased with the togetherness of everyone at the club.

"We are approaching an important run of games in a short space of time, including an FA Cup First Round tie which will be shown live on BT Sport, so it is vital that everybody is behind the team.

"Whilst the ﬁnancial implications of being on TV are obviously a beneﬁt to the club, we are continuing to strive towards creating a successful, sustainable football club - something that won’t happen overnight.

"We are set to see some more changes at the club which will be announced in due course.

"These changes will involve the day-to-day running of the club and admin side of things, again the club’s best intentions are always at heart when it comes to these decisions and changes.

"Finally, I would like to express my deepest gratitude to our loyal supporters who turn up to Boundary Park and travel away from home in their numbers.

"We have seen attendances increase on average this season and I am still very optimistic that we will all have plenty to cheer about.

"You are the heart and soul of Oldham Athletic and without you the club would not be what it is."