You are Here: Home » News » Latics » Cobblers hang on to sink disappointing Athletic 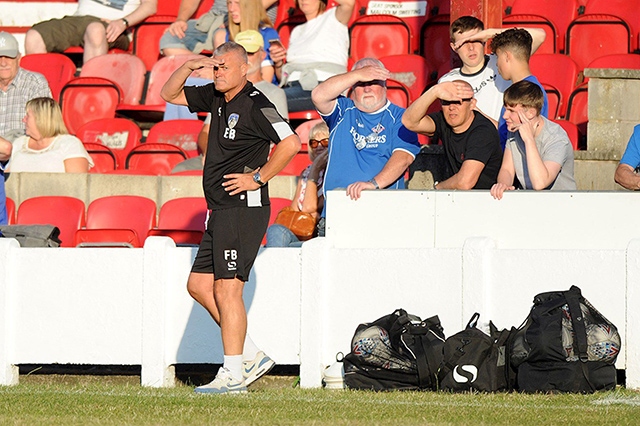 Athletic slumped to a disappointing 2-1 defeat at Northampton, despite the hosts being a man down for more than 50 minutes of the game.

Frankie Bunn's team, who were minus an assistant manager following Andy Rhodes' dismissal on Friday, found themselves with too much of a mountain to climb after they went in at the interval 2-0 behind at Sixfields.

Sam Foley was sent off late in the first half, but goals from John-Joe O'Toole and Kevin Van Veen handed Keith Curle his fourth win from seven games in charge of Northampton.

As Athletic returned to the scene of their final-day relegation last term, O'Toole's opener came after he got between two defenders and headed Van Veen's cross beyond goalkeeper Daniel Iversen.

The home side were reduced to 10 men moments later as Foley saw red for a late challenge on Christopher Missilou, but they added a second on the cusp of half-time through Van Veen's spot-kick.

Matt Crooks was close to a third soon after the restart but Athletic - with their numerical advantage - dominated the second period and were back to within one when Robert Hunt poked over the line following an almighty scramble.

The visitors poured forward in search of an equaliser, but Northampton defended resolutely to cling on.

Jose Baxter went close late on for the visitors, while Jonathan Benteke saw a header cleared off the line as Athletic slid to their first away defeat this season.

Bunn's men return to Boundary Park on Tuesday (7.30pm kick-off) when they host Everton under-21s in the Checkatrade Trophy.