You are Here: Home » News » Latics » Stalemate for Athletic 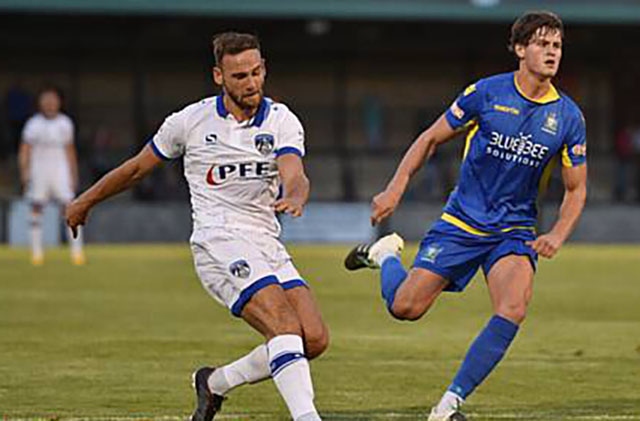 Frankie Bunn’s men created the majority of the goal-scoring opportunities, though they were saved by the woodwork in the 90th minute when Dutch winger Enzio Boldewijn’s shot hit a post.

Athletic front-man Ishmael Miller went close to scoring his third goal in as many games early in the first period at a sparsely-populated Meadow Lane, with the former Manchester City youngster drawing a fine save from Magpies goalkeeper Ross Fitzsimons.

Andy Taylor saw his header from a Gevaro Nepomuceno corner cleared off the line by Jamie Turley, before the visitors recycled the ball and Nepomuceno crossed for Peter Clarke, whose attempt was superbly saved by Fitzsimons.

Callum Lang headed just wide from another delivery from Curacao international winger Nepomuceno, before the Magpies went close when Boldewijn latched on to a long ball from Fitzsimons, only for Athletic goalkeeper Daniel Iversen to keep out both his effort and Nathan Thomas' follow-up.

At the other end, Fitzsimons saved from Dan Gardner, while Harry Kewell’s side almost nicked it just as the game was to enter added time when Boldewijn prodded an instinctive shot against a post.

Next up it’s FA Cup first round action for Athletic.

They travel to National League South side Hampton and Richmond on Monday night (November 12) in a clash that is being screened live on BT Sport.