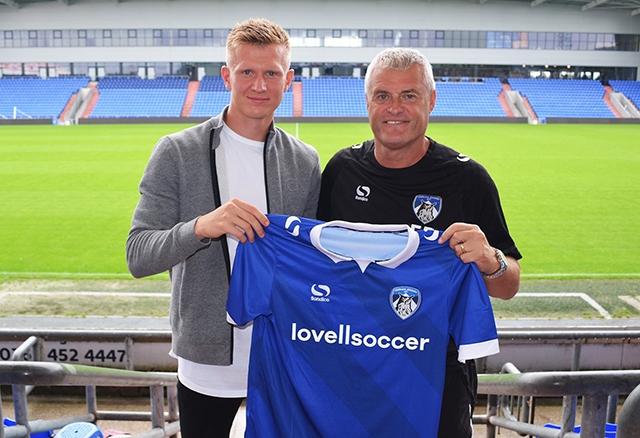 After recently returning to the first team following injury, Surridge has now penned a new deal at his parent club, Premier League Bournemouth.

The 20-year old, who arrived at Boundary Park in the summer, is now contracted to stay with the Cherries until the summer of 2021.

He is due to remain with Athletic until the end of the season, but recently missed a month of football after picking up an injury.

It came at an inopportune time for the forward, who had bagged nine goals in as many games for Frankie Bunn's side.

He has failed to find the back of the net since returning.

“I scored quite a few goals in my first few months and I felt sharp and was really enjoying my football.

"Unfortunately, I suffered an injury and didn’t play for five weeks, but I played 90 minutes in the FA Cup on Saturday.

“I need to get fit and over the injury, it’s ok having your leg feel ok but getting that sharpness back is key really.

"But it’s been a really good experience so far and I’m enjoying it.”

It’s not the first time Surridge has been out on loan.