You are Here: Home » News » Latics » Bunn geared up for derby battle

Bunn geared up for derby battle 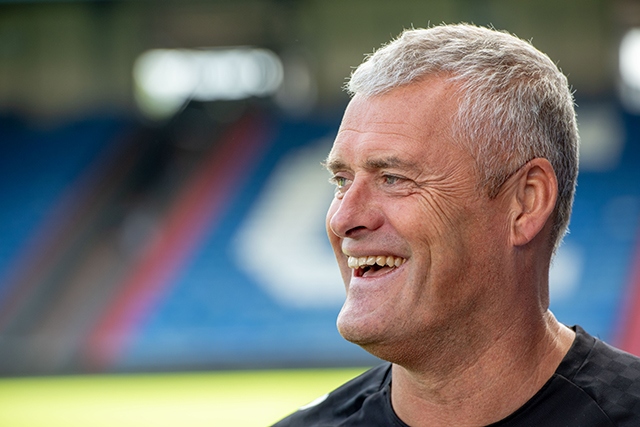 Athletic boss Frankie Bunn is ready for a derby battle tomorrow as free-scoring Bury arrive at Boundary Park for what promises to be a League Two thriller.

The Shakers, who have a new owner this week in Steve Dale as he replaced Stewart Day in the top job, will be high on confidence going into tomorrow’s clash.

Ryan Lowe’s men are fourth in the table and are the division’s top scorers with 40 goals currently.

It won’t be easy for Athletic, but they are also on a five-game unbeaten run in the league themselves, so the fans would appear to be in for a treat.

“Bury are a really good outfit with a strong squad and some good players.

“They're flying high at the minute, so it'll be a tough test for us.

“We're probably going in as underdogs, but it's a game we're relishing.

“They'll come and have a go and they're full of confidence as we are, so I'm hoping it'll be a good battle.”

Bunn is expecting another big turnout from the Athletic faithful, who have been in fine form themselves over the course of the season.

The Athletic boss is hoping that the fans can generate an atmosphere that he believes the players will take inspiration from.

“The atmosphere should be good, it should be lively, and everybody wants to be in front of a big crowd to show their talent,” added Bunn.

“Hopefully we'll have a good turn out and a noisy turnout from the Oldham supporters.”

Defender Cameron Dummigan will be unavailable due to injury, having limped out of the midweek Checkatrade Trophy defeat at Rochdale.

He joins Jose Baxter and Ousmane Fane on the sidelines longer-term.

Striker Ishmael Miller is suspended, but Mohamed Maouche is available for league games after he was red-carded in that Trophy loss on Tuesday.