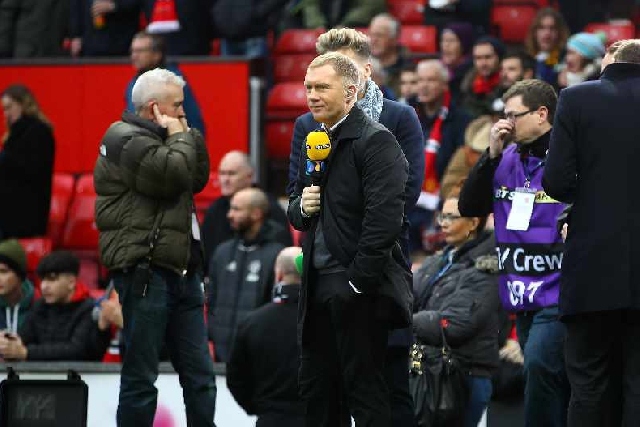 Paul Scholes during his work for BT Sport

The club has announced a press conference at Boundary Park for this afternoon (Monday 11th February) at 2pm where it is expected the 44-year old will be unveiled as the new man in charge.

It’ll bring to an end six weeks of searching for the man to replace Frankie Bunn at the helm of the club after he was sacked following the 6-0 thumping at the hands of Carlisle United just before New Year’s Day.

Scholes was due to be announced a couple of weeks ago, but the Football League had questioned over his role as a co-owner of National League side Salford City FC.

The former Manchester United midfielder currently owns a 10% stake in the club with the Football League saying that such a shareholding or less is disregarded providing it is held purely for investment purposes only.

That’s opened the way for Scholes, who collected 66 caps for England during his career, to take over at Boundary Park.

It will be the 44-year old’s first step into football management since retiring from the playing side of the game, however Revolution News also understands he had been in talks with the club prior to Frankie Bunn taking over during the summer.

He will now be handed the reins of his boyhood team with his first game in charge expected to be the visit from Yeovil Town on Tuesday (12th February).