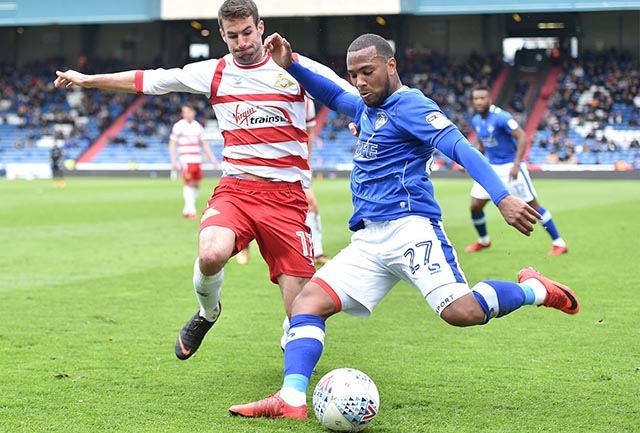 He's put pen to paper on a new one-year deal

Oldham Athletic have agreed terms with one of their out of contract players by signing Gevaro Nepomuceno to a one-year contract extension.

The 26-year old signed for Oldham Athletic in September 2017 and made 48 appearances for the club last season, scoring six goals in League Two along with ten assists.

Speaking to the club’s official website after signing his new deal, Nepomuceno said: “Playing for this club I’ve had some special memories and I’m looking forward to next season now.”

“I’m settled here and I have a good relationship with the fans so it was an easy decision to extend my stay.”

The 26-year old signed his new contract before he sets off to play in the CONCACAF Gold Cup this summer along side Latics goalkeeper Zeus De La Paz, with their Curacao side in Group C alongside the likes of El Salvador, Honduras and Jamaica.

The final squad for the competition will be announced at the start of June.