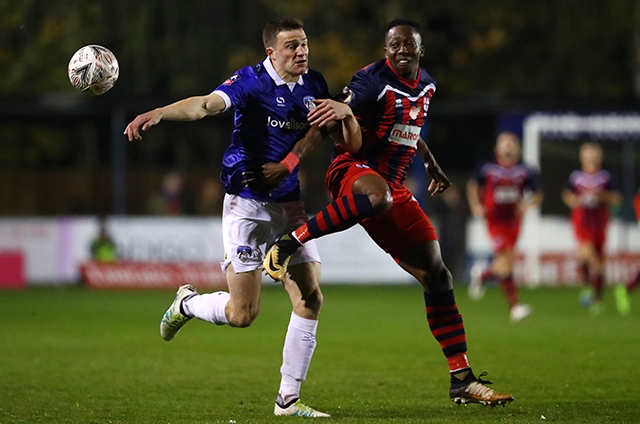 The race to sign Oldham Athletic’s George Edmundson has cranked up a gear with the news that Portsmouth are now the second side to have a bid accepted by bosses at Boundary Park.

It comes hot on the heels of Peterborough United having an offer, believed to be around £600,000 plus ad-ons, accepted by Latics last week.

However, the London Road club appear to have a battle on their hands to land the highly rated 21-year old, with former Scottish Champions Rangers also thought to be keeping a close eye on matters with a view to returning to the table.

News of Portsmouth’s interest came to light on Friday afternoon (14th June) with Revolution News understanding a bid of between £500,000 and £750,000 being accepted by Oldham Athletic’s owner Abdallah Lemsagam.

It could leave Edmundson, who made 54-appearances for the club last season, with a decision to make regarding which division he plays his football in next season.

Portsmouth gained promotion to the Championship at the end of the season courtesy of seeing off Sunderland in the League One Playoffs at Wembley Stadium, while a move to Peterborough United would see Edmundson going up from League Two to League One.

It’s thought Rangers remains Edmundson’s preferred move but with the Scottish Premier League side having not submitted a fresh bid for him it could come down to London Road or Fratton Park for the 21-year old, who has a year remaining on his contract at Boundary Park.