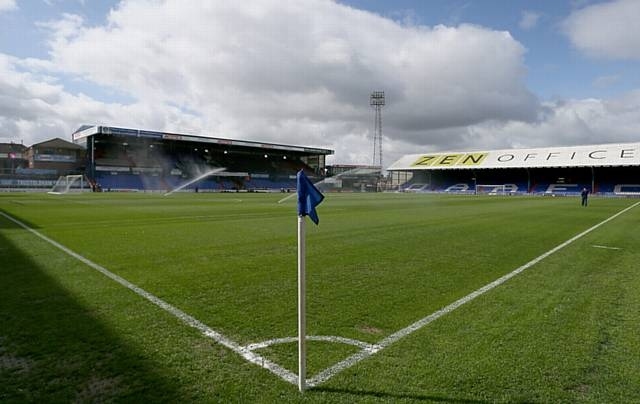 Almost 2,000 supporters were inside Boundary Park as Athletic slipped to a 3-2 home friendly defeat against League One neighbours Rochdale.

The visitors, who returned home with the Ernie Cooksey Trophy as a result, went ahead after seven minutes.

Calvin Andrew crossed in for Matty Done to tap home.

Dale doubled their lead shortly after when Jimmy Keohane’s strike found the bottom corner from outside the box.

Athletic pulled a goal back as Urko Vera nodded the ball down to Mohamed Maouche, who volleyed home clinically.

The hosts equalised in the 31st minute when Maouche’s free-kick found Jamie Scott at the back post. He headed the ball across the goal to Tom Hamer and he tapped in.

Rochdale scored the winner in the 83rd minute.

Rekeil Pyke played the ball across the box and it fell to Ian Henderson who slotted home.

Athletic were close to equalising in the last minute when Alex Iacovitti had a powerful header saved by Josh Lillis.