You are Here: Home » News » Latics » Latics add new defender to their squad ahead of the new season 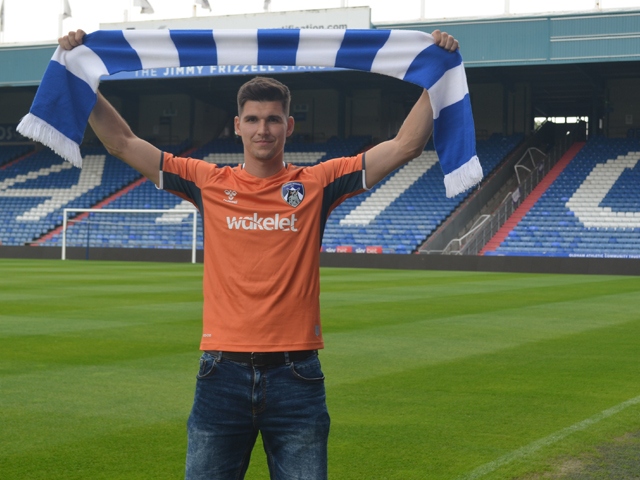 Tomas Egert has joined on a one-year deal

Oldham Athletic have added another name to their squad ahead of the new season.

Defender Tomas Egert has joined Latics before their season opener at Forest Green on Saturday.

He arrives at Boundary Park looking to prove his fitness after missing last season with a ruptured anterior cruciate ligament.

The Czech defender recently played for Burton Albion in the Championship, but was released when the club were relegated to League One - with the club saying they "couldn't fit him in" to their budget.

He says he'd had offers from the Middles East and the Netherlands in the summer of 2018, but turned them down to stay in England.

While hunting for a club, though, he suffered the major injury set-back and was unable to play for the whole of 2018-19.

He's signed a one-year deal at Boundary park - with the option of a further year.

The central defender has been training with Latics for the summer although he has yet to feature in pre-season.