You are Here: Home » News » Latics » Latics boss positive ahead of Grimsby Town game this weekend

Latics boss positive ahead of Grimsby Town game this weekend 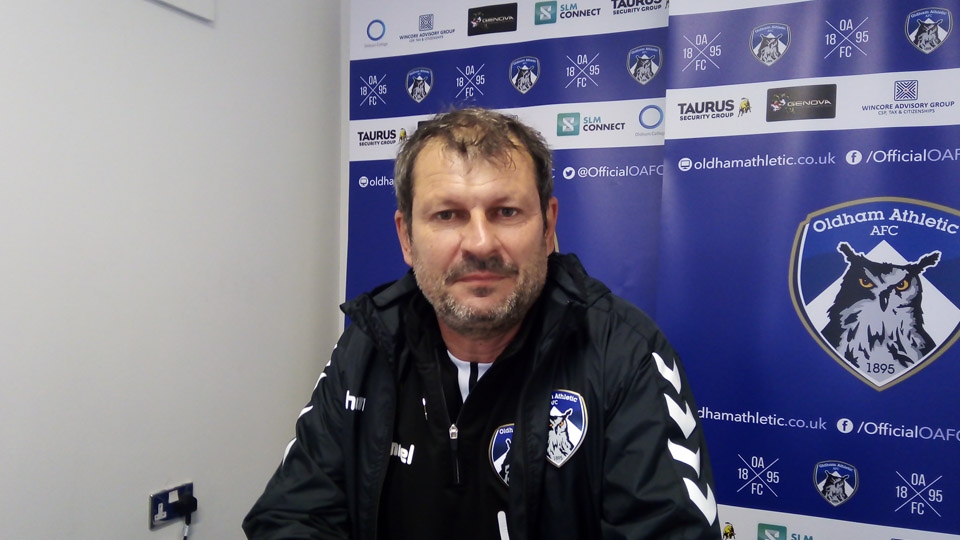 Athletic boss Laurent Banide reckons his new-look team remain on the right track despite what has been an inconsistent start to the Sky Bet League Two season.

Banide's men impressed hugely in hitting back to earn a deserved point in a 2-2 draw at high-flying Plymouth last weekend.

However, ahead of this Saturday's tough-looking home clash against Grimsby Town, Athletic remain in 22nd place in the table thanks to just the single victory (at Cambridge) from seven matches so far.

Banide said, "We are improving, but we need to continue with the same philosophy if we are to get better.
"We are pushing the team to be better, but we must score more goals and we must show more concentration in front of goal.

"Offensively we are very good, and the confidence is there.

"It's a long way, but step by step we will get there.

"We have to be careful because there has been difficulties in certain moments.

"The team is still building, but we have to create more opportunities."

The Mariners will head to Boundary Park backed by a largely eye-catching start to the campaign.

They currently sit in seventh in the standings, and gaffer Michael Jolley was nominated for August's manager of the month award.

September has seen a slight blip, though, courtesy of a Leasing.com Trophy loss to Scunthorpe and a league reverse at home against Crewe, before Tuesday's Carabao Cup spot-kick victory against division rivals Macclesfield Town.

Athletic went down 12-11 on penalties after the Holker Street clash had ended 3-3.

Banide said, "We missed a lot of opportunities.

"There were mistakes made, and it was a bad result of course.

"We saw the potential of some of the players, but normally we should be winning this kind of game."