You are Here: Home » News » Latics » Latics boss raring to go ahead of trip to Mansfield Town

Latics boss raring to go ahead of trip to Mansfield Town 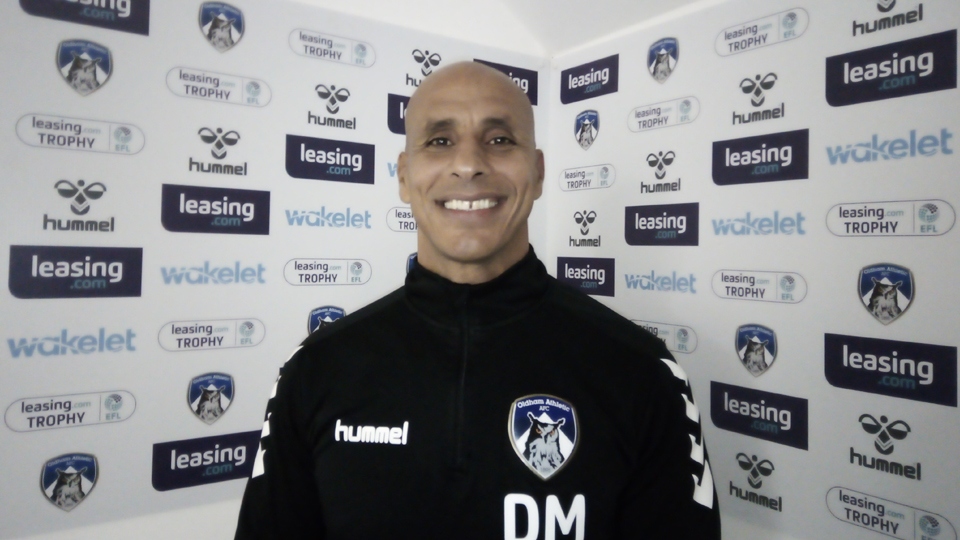 Preparations are now well under way for tomorrow's Sky Bet League Two trip to Mansfield Town, a side who have also begun the 2019/20 campaign indifferently.

"The Trophy is a funny competition really - as a manager you're never sure who to play, and who you'll be playing against.

"The officials probably ruined the game as a spectacle too, but that's all behind us now.
"It's all about preparing for Mansfield now.

"I know a lot about them. On paper they've probably got one of the best squads in the division.

"They've been challenging at the top end of League Two for the last three or four years but, similar to us, they are a club in transition too, with a new manager who's finding his feet.

"They are a very strong side, but whichever team they put out, we'll be fully aware of its strengths and weaknesses and we'll be going all out to exploit them."

Three weeks into his new role after taking over from the sacked Laurent Banide, Maamria knows how tough his current position is, but he remains confident that his Latics team will come good.

Maamria added: "Bit by bit we're getting there. We've got to put Tuesday's performance to one side, and we'll do that.

"On Saturday our fans will see a team that covers every blade of grass, works very hard, and hopefully the result will take care of itself."

Mansfield - one of the bigger spenders in League Two again this term - have largely struggled in their opening dozen league games.

They surprisingly sacked boss Dave Flitcroft after losing out in the play-offs last May, and now under John Dempster, they sit in 19th place in the table having won only once on home turf so far this season.

In terms of absentees, Latics will be without goalkeeper Zeus de le Paz and Desire Segbe Azankpo as they are away on international duty, while injury doubts surround first choice 'keeper Gary Woods, Chis Eagles and Zak Mills.

Tickets are still available for Latics fans keen to travel to the One Call Stadium.