You are Here: Home » News » Latics » Latics hope to put points on the board this weekend

Latics hope to put points on the board this weekend 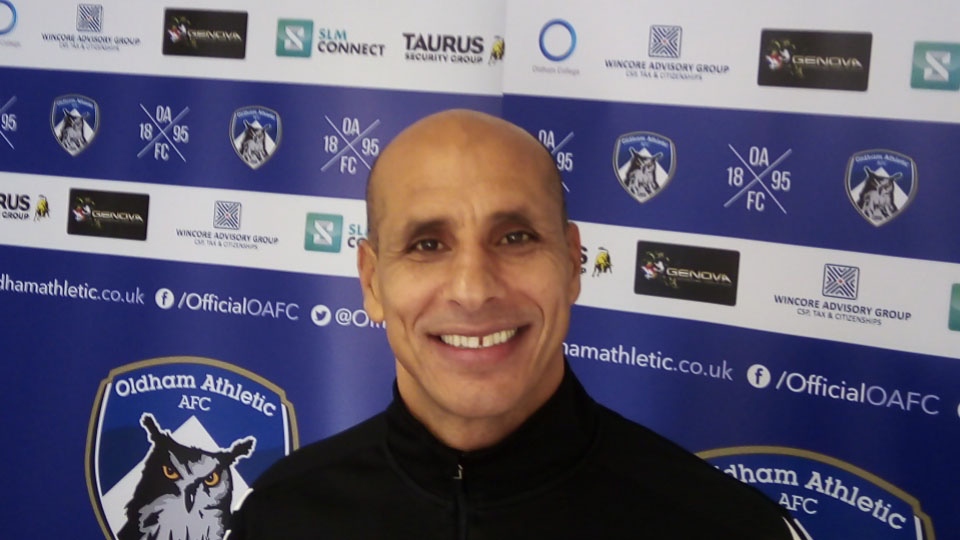 Latics boss Dino Maamria is aiming high as a vital run of five League Two games inside a fortnight beckons.

Still stuttering in 22nd place in the fourth tier, Latics are now handed a chance to put some serious points on the board, and maybe even mount a challenge for the top half.

"We need to get back to winning ways at home," said Maamria, whose team last took maximum points at Boundary Park two months ago against Walsall.

"Winning at home is different to winning away at somewhere like Newport, but Newport are different than Crawley.

"We've got five crucial games over the next two weeks now though, and we have looked at the possibility of where we could be by the fourth of January.

"I think to get to around 12th or 13th place by the first week in January will give us a good start to the new year.

"Then it's the halfway stage of the season, and you've got a real chance to attack the top seven.

"I think the season is still alive, and the work on the training ground has been really positive over the last few days.

"Most of the work has been focusing on our attacking third habits, working on certain combinations and getting players to understand one another.

"If we get the goals that's where the confidence will come from, and hopefully we can take that into the game.

"We've got a great opportunity to pick up a lot of points over the next couple of weeks, and then we will be in a comfortable position."

Crawley have only won one league game since September, and haven't won on the road since August, a factor which recently led to a change of manager with John Yems replacing Gabriele Cioffi.

Maamria added, "There's a new manager in there and already he's built a solid base.

"He's trying to keep clean sheets, but also Crawley's front four can be a real handful on their day too.

"They'll be organised and have some quality players for this level, so we'll have to be wary of them.

"At the same time we don't want to complicate things too much.

"We've got to free our minds and go and attack the game."

Maamria has a number of injury concerns ahead of Saturday's clash, with David Wheater (back), Jonny Smith (hamstring), Jean-Louis Akpa-Akpro (sickness), David Jones and Jamie Stott all struggling.