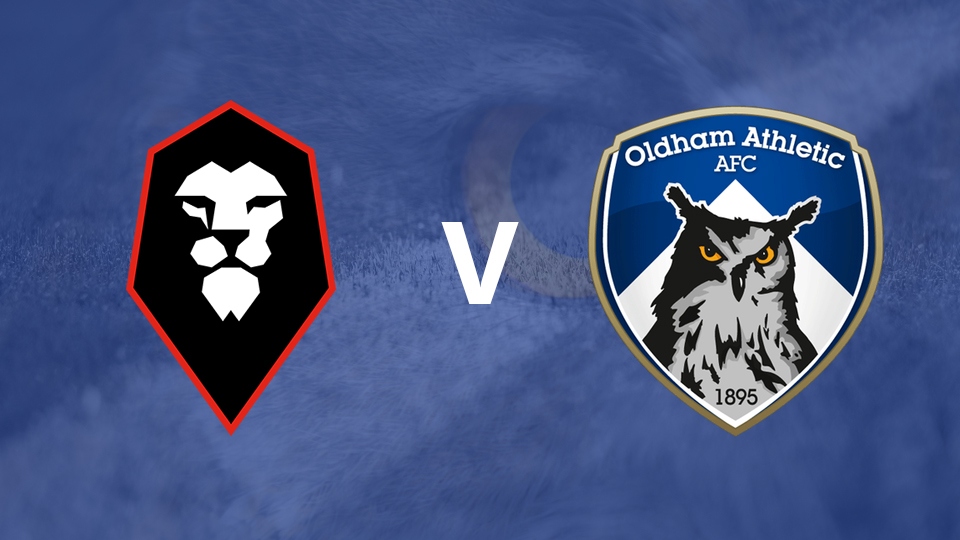 Danny Rowe helped secure a draw for Oldham Athletic at the Peninsula Stadium, after a game in which Latics struggled to create chances.

It was the highlight of the game in which Salford took the lead after 15 minutes.  After being awarded a penalty, Adam Rooney's shot was saved by Zues De La Paz, though the rebounded ball caused a melle in the box, with Brandon Thomas-Asante finally getting the ball across the line.

Oldham managed another shot on target after the restart with Johnny Smith's low-angled strike being deftly smacked away by Ammies keeper Kyle Letheren.

The result could have been so much different if a late attack by Salford striker Craig Conway had succeeded in finding the back of the net, though Zues De La Paz collected the ball with confidence.

The game was marred by various flares being thrown onto the pitch at the Peninsula Stadium, which stopped play briefly.  However, the reaction of the visitors on Rowe's equaliser proved that Latics fans still have a fire in their belly.