You are Here: Home » News » Latics » Latics ready to take on Bradford City 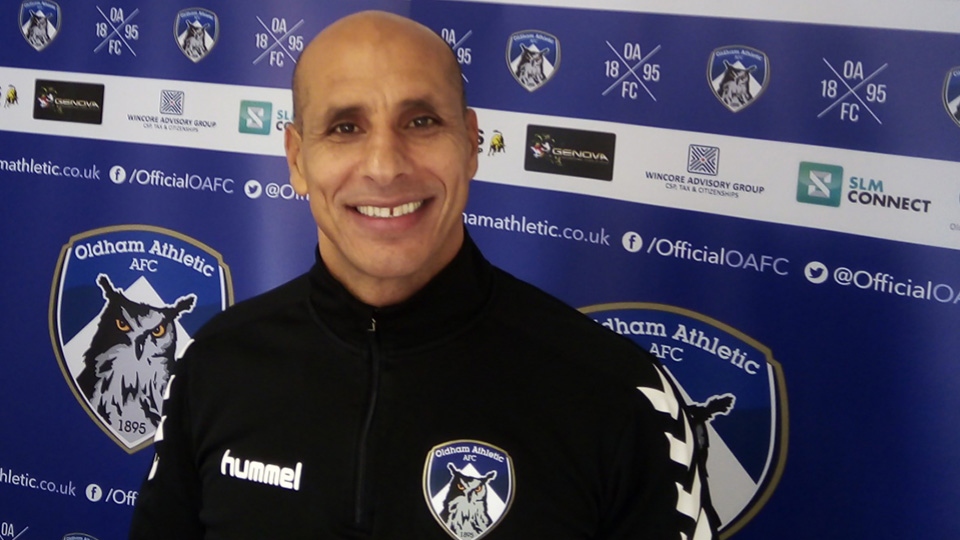 DINO Maamria is challenging his Latics team to 'post a big win' against a League Two promotion chasing team, ahead of tomorrow's crunch home clash against Bradford City.

Following of run of four straight draws, Latics cut loose in their last fixture on Tuesday night when they were hugely convincing 3-1 winners at home against a Mansfield side who had won the reverse fixture 6-1 earlier in the campaign.

Confidence is unsurprisingly high in the camp, with the seventh-placed Bantams now firmly in Maamria's sights.

The Latics boss said: "I knew that if we put in the right performance we'd get the right result on Tuesday.

"We did that, and we controlled the game.

"It has been a long time coming, though we had been putting in a few decent performances and not getting the right result.

"The Mansfield result has given all the players confidence, the team fluidity is good, especially around the back four.

"We've been forced into a few changes over the past few weeks and Saturday-Tuesday-Saturday is always a big ask for players, but the squad as a whole has received a huge confidence boost, and that's good for everybody.

"Bradford are a good team of course, they're in the play-off positions for a reason, but we're improving all the time.

"My challenge to the players this week has been to go out there and post a big win against a top seven side.

"We're ready to do that now.

"We produced a much better level of performance on Tuesday, so now it's up to us to do that against Bradford.

"It's a local derby, there's lots at stake, and a victory would give us a big boost at the start of another busy month.

"Our players believe in the process here now.

"We've brought in players who have added value to the squad, and though we all knew January would be difficult because of the changeover, our fans have had a glimpse of what is in store for the future here."

There's still a chance of potential movement in the transfer market ahead of tomorrow's deadline.

However, there is news of two Latics players who have been on shorter-term deals at the club.