You are Here: Home » News » Latics » O's are in Maamria's sights

O's are in Maamria's sights 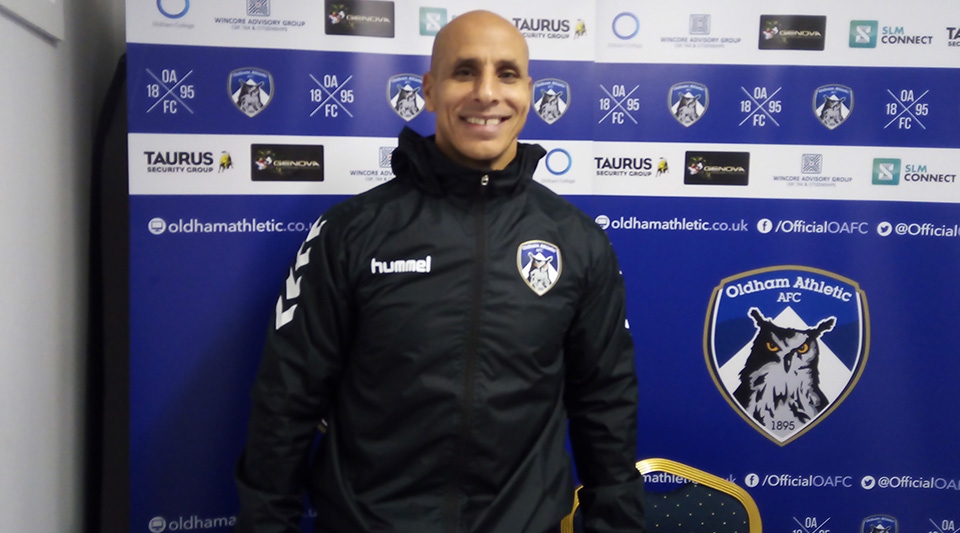 Latics boss Dino Maamria is targeting a big away performance from his team as they head south to take on Leyton Orient tomorrow.

The Boundary Park boys, currently without a League Two win in three games, will leap-frog the O's in the table with a victory in the capital.

Maamria wants better from his side after their last two away games ended in defeat (at Crewe and Exeter).

"We can be more expansive at home. Away from home it's more about being solid, resilient.

"We defended really well last weekend and attacked from that, but we need to learn more how to manage certain spells of games.

"Look at the Exeter game. As good as we were going forward, defensively we left ourselves more open.

"We need to adjust that slightly, as well as the timing of the goals we've conceded.

"We need to manage the moments when we're conceding late goals much better.

"Hopefully what we've been working on this week will help us get a much better overall away performance on Saturday."

Much like Latics, the O's have been through a largely inconsistent campaign so far under Carl Fletcher.

"It's not easy going down there, but it's good opportunity, with them being just ahead of us in the table.

"We know what they're going to offer, but it's about us getting better after those last couple of away performances.

"We're still in a good place. We lost those two games recently against the second and third-placed teams in the league, away from home - anyone who goes to Crewe or Exeter and gets a win has to be very, very good.

"We just got punished at certain times in those games, so we just have to keep learning.

"We were a whisker away from beating Forest Green, but that's football.

"We know what we need to end the season as strongly as possible."