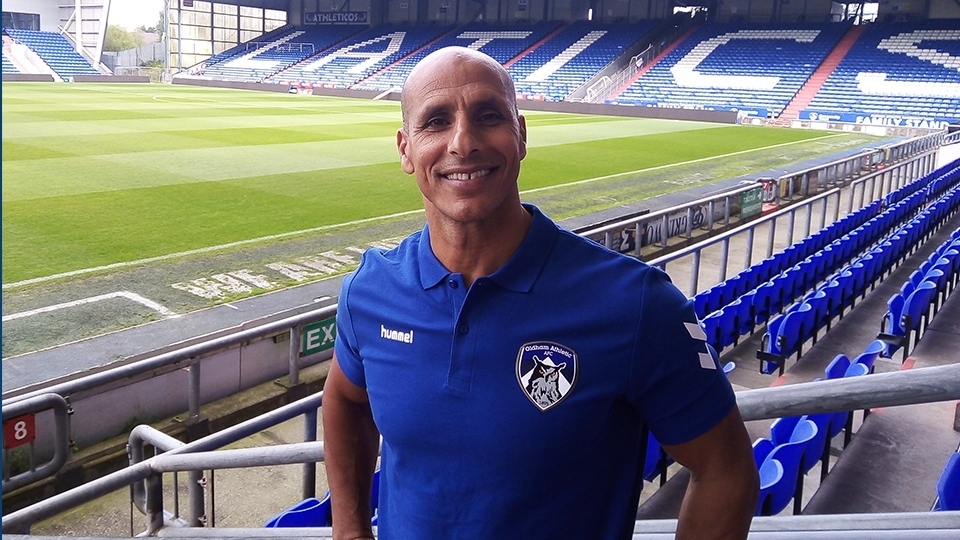 When discussions with club owner Abdallah Lemsagam are complete, Maamria will announce his player retained list before the June 23 deadline, ahead of a planned return to pre-season training in mid-July and a proposed 2020/21 season kick-off in early September.

It's been a tough and unprecedented summer so far for everyone due to the coronavirus pandemic, and Maamria has seemingly done his bit for the club in, like the majority of the current playing squad, being placed on 100% Government furlough scheme since April.

Uncertainty still swirls around the world of football at all levels, but Latics boss Maamria remains as positive as ever and has been doing plenty of squad homework throughout the recent lockdown.

Asked about his plans for next season so far, Maamria told the Chronicle: "I've still got to speak to the owner to discuss a retained list, and the budget for next season.

"By June 23 we'll know exactly where we are and the players we'd like to keep.

"Some players will have to move on or give us more clarity, but those discussions are already under way.

"It's going to be difficult to gauge what the budget will be for next season as we still don't know how many games, if any, will be played behind closed doors.

"The EFL are going to be making a decision about a salary cap or a budget cap too, so we're waiting for that as well.

"There's lots of situations to consider before we make a final decision on the squad.

"We need to see this period through first.

"The football club is more important than any individual don't forget.

"I expect the budget to be cut, but that's not just going to be the case at our club, that's why the EFL are going to be discussing wage and budget caps.

"Owners of football clubs are sensible, and we will never do anything to put Oldham Athletic in jeopardy, but everyone will have to tighten their belts I believe.

"The most important thing is that all football clubs stay alive.

Despite Latics still having nine League Two fixtures to play in the 2019/20 campaign, Maamria agrees with the collective decision made on Tuesday to curtail the season.

"As managers we like to plan ahead and to organise, and the lack of real clarity meant it was so hard to do that.

"I understand it was a big issue obviously - the health and safety of people must always be the most important thing, but we've got a business to run and it affects everybody.

"But I think it was the right decision.

"At the beginning of all this I was of the mindset that we must finish the season, probably more from a selfish point a view because I sensed that we were going to finish the season strongly.

"When you realise the impact it had on the country generally, though, and the costings to clubs at League Two level, I didn't see any sense in coming back to finish off.

"We did vote for promotion, play-offs and relegation for the rest of the teams involved as normal because I think if you have played 36 or 37 games that gives you a good enough reflection as to where you are as a club."

Champions Swindon, Crewe and Plymouth have been promoted to League One, while the play-offs get under way next Thursday when Colchester face Exeter and Northampton take on Cheltenham.

Latics finished in 19th place in the standings.

Despite all the uncertainty this summer, Maamria has been keen to keep all communication channels open over the past few months, and that's clearly helped both physically and mentally.

Maamria added:  "As far as the players were concerned, we kept them fit and training four or five times a week, and they always had a certain target to hit every week.

"That went on for the first four or five weeks or so, but when we realised it was looking very unlikely that we'd resume the season, that's when I spoke to the players in more detail about the situation.

"I've always spoken to them as often as possible and given them as much information as possible via Zoom chats or whatever.

"We knew their bodies needed a rest which was fine, but then it was about any mental issues they might have.

"To then have one-on-one conversations certainly helped them as individuals.

"It's not just the players, though. I've spoken to all the staff, the ground staff, the cleaners.

"Just checking on people's welfare like that has helped everyone's mental state."

Latics stated earlier today that they will avoid the prospect of going into administration after they repaid money owed to Brass Bank Limited.