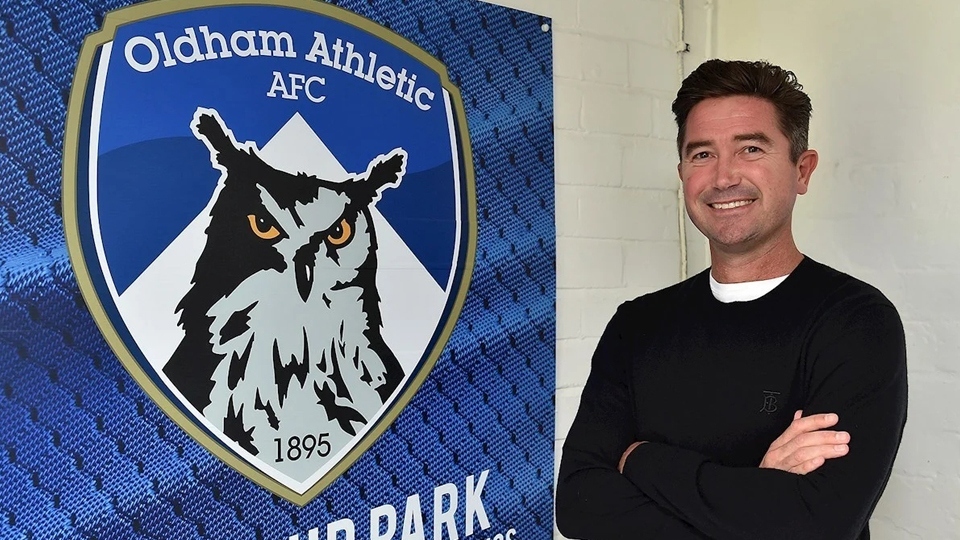 Yesterday was a busy one for new Latics boss Harry Kewell

New Latics manager Harry Kewell has made a whirlwind start to life at Boundary Park as he made THREE new signings yesterday (Sunday).

After being appointed into his new role on Saturday, Kewell firstly snapped up powerful full-back Sido Jombati on a one-year deal.

The Portugal-born defender, who can play right-back or centre-back, arrives at Boundary Park after winning promotion to the Sky Bet Championship with Wycombe Wanderers last season.

Jombati joined the Chairboys in 2014 and became a key player in Gareth Ainsworth’s revolution at Adams Park, notching 185 appearances in their backline as well as scoring seven goals.

Prior to his successful spell at Wycombe, the 32-year-old was a fans favourite at Cheltenham Town after three-years with the club.

In 2019, Jombati was named in the team of the decade at Cheltenham after receiving 62.5% of the votes by Robins fans.

Jombati said: "Oldham Athletic is still massive, it has a passionate fanbase and I'm ready to show everyone what I can do out on the pitch."

Next up, commanding defender Carl Piergianni signed permanently for Latics on a two-year deal.

The central defender arrived at Boundary Park in January on loan from Salford, making 11 appearances for the club.

During his loan stint, ‘Pidge’ became a vital part of the defence and showed impressive leadership qualities before later agreeing a more permanent move from the Ammies this summer.

The left-back first arrived on loan at Boundary Park in January.

Featuring six times for the club, he produced some fine performances grabbing an assist and two clean sheets as part of the backline.

Now 23, he departed his boyhood club Manchester United in the summer after becoming a part of their academy back in 2003.

"I'm really pleased to be back at the club and can't wait to get going again," said Borthwick-Jackson.

"I enjoyed my loan spell last season and I'm pleased I've got another opportunity now to build on that and show the fans more of what I can do."