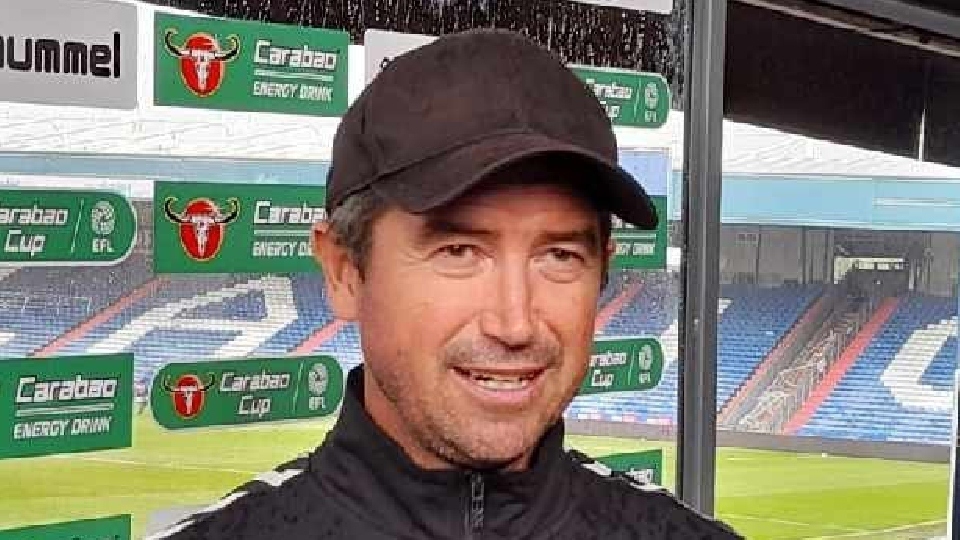 Latics have now won SIX away fixtures on the spin in all competitions, the latest in League Two against a Cambridge side who saw a first-half spot-kick saved by heroic ‘keeper Ian Lawlor.

“We knew what Cambridge are capable of doing, everyone watches the games so you’ve got to come with a game plan,” said Latics boss Kewell.

“We felt it wasn’t the right time to play a certain style so we had to adapt, and when we adapted

“I thought we caused them a lot of problems because I think they might have an idea of what we were going to do and it’s always nice when you surprise teams.

“I think we controlled the first half. We got into good positions.

“We scored a goal, I don’t know why they chalked it off but they did.

“Then we still controlled it but they got a penalty so that could have hurt us.

“It was a fantastic save by Ian (Lawlor), who I thought was superb coming out for crosses and demanding his area because I know what Cambridge do with their set-pieces.

“We just had to get that momentum going again in the second half.

“They had to come out and try something because they weren’t really there in the first half.

“They gave their all in the second half, their right side connection play was fantastic and they delivered some dangerous crosses, but all in all we dealt with them.”

Latics thought they had taken the lead after 12 minutes when Brice Ntambwe drilled into the bottom corner from just outside the box, but the goal was ruled out as Bobby Grant was adjudged to have been offside in front of U's goalkeeper Dimi Mitov.

Cambridge were given a huge chance to go ahead two minutes before the break when Harry Clarke fouled Harvey Knibbs in the box, but League Two's top scorer Paul Mullin - with 14 so far this term - saw his penalty saved by Lawlor.

Kewell’s men went ahead after 57 minutes when Alfie McCalmont's shot looped up off defender Greg Taylor to Conor McAleny, who slammed a volley past Mitov.

McCalmont doubled their advantage on the hour, slotting home after Sido Jombati pulled the ball back to him following an Oldham corner.

Mullin scored a brilliant goal on the turn in added time, but it did not stop Oldham securing another terrific win on their travels.