You are Here: Home » News » Latics » Impressive win at Boundary Park as Latics breeze to victory

Impressive win at Boundary Park as Latics breeze to victory 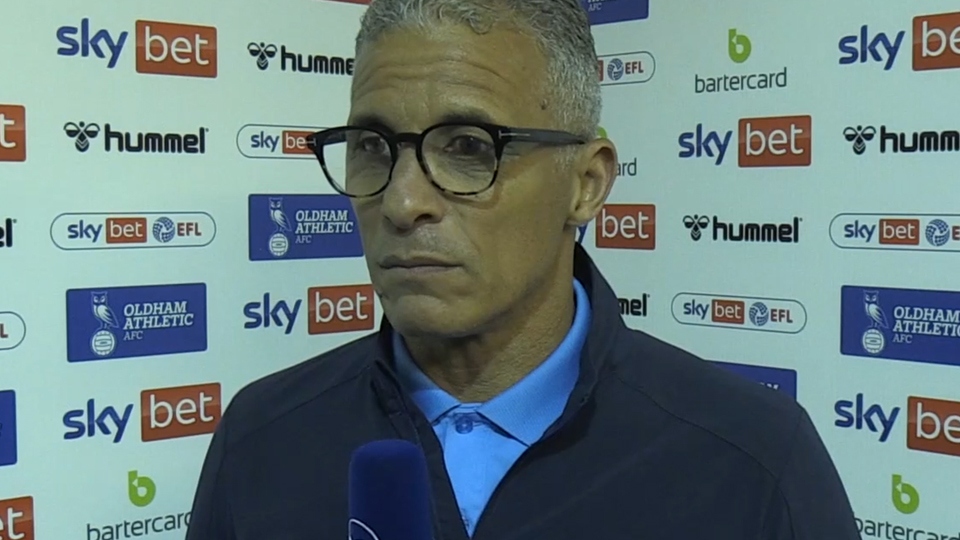 Keith Curle: "Today in the changing room. there was a lot of 'well dones'"

Latics breezed to a League Two victory against Stevenage at Boundary Park, with an early brace from Davis Keillor-Dunn.

It was a crucial three points which lifted Oldham out of the relegation places.

Stevenage striker Jamie Reid's shot hit the post but his side had clearly been the weaker of the two in the opening 45 minutes.

Zak Dearnley threatened first for the hosts in the second half, while team-mate Callum Whelan fired the ball narrowly wide from 25 yards.

Bahamboula made it three when, after meeting Jamie Bowden's inspired pass, he side-stepped Anang before tapping the ball into an accessible net.

Stevenage pressed for a late consolation, with List continuing to be the major threat from the visitors.  A well-placed cross though, proved to be easy pickings for the Oldham keeper.