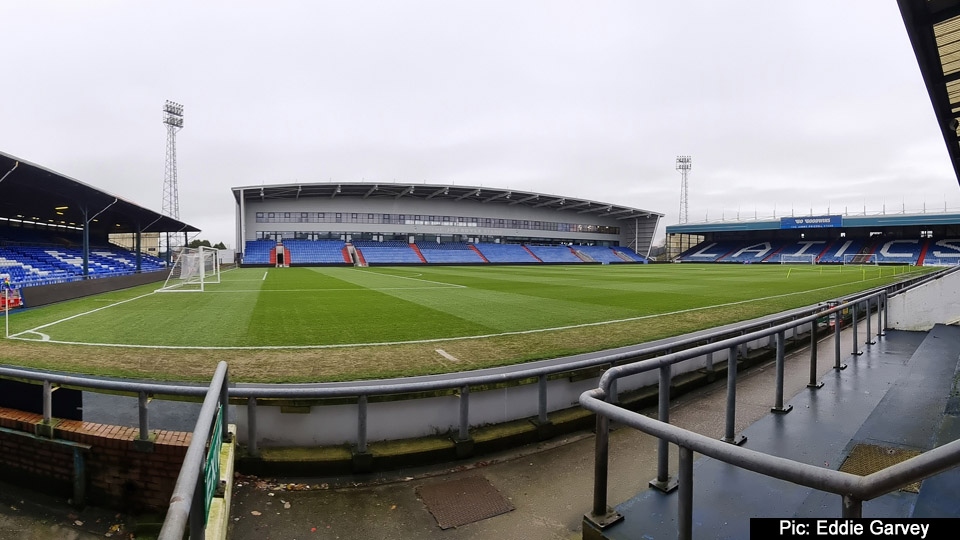 An Oldham Athletic fan group will meet with Greater Manchester Mayor Andy Burnham in March to discuss the future of the club.

Push the Boundary will hold talks with Burnham on March 7th and hope that his support will help to facilitate a prosperous post-Abdallah Lemsagam era at Boundary Park.

The mayor’s team reached out to the group in the fallout of Lemsagam’s January 11th statement that he was speaking to “credible bidders” regarding a potential sale of the club.

Adam Keeley, of PTB, was keen to stress that the group would be keeping an open mind ahead of the meeting.

He said: “He’s reached out over concerns on how the club is being managed off the field, which is a positive step for us.

“Now it’s all about what he can bring to the party.”

To PTB, Burnham’s potential role in their fight could take many forms.

Whether that be helping to find investors, liaising with the EFL or putting mechanisms into place to prevent Abdallah Lemsagam pushing back against his promises.

Keeley added: “We hope he can help to get the message out as far and wide as possible, with the contacts and support he should be able to provide, his help could be huge.”

Alongside the upcoming meeting with the mayor, PTB has also held talks with the local council and MPs Angela Rayner and Jim McMahon.

One suggestion put to the council, and supported by Rayner, was to put a covenant in place to secure the future of Boundary Park.

Keeley said: “It would certainly give a lot more security to the fans.

“We need something to be put in place to restrict further building developments and protect our ground.”

The group have also been told Rayner will discuss the club’s future with Tracey Crouch, who led the government’s fan-led review into football last year.

In Keeley’s view, the current influx of support from nationally renowned political figures is testament to how far they’ve come from the early days of rallying against the club ownership.

Back then, PTB held a minority perspective and often struggled to make their case that Oldham was facing an existential threat.

He said: “People have tried to shoot PTB down before when they’ve not understood the position we’re coming from. She [Rayner] totally got it, she understood and she’s been genuine in trying to help us out.”

In the meantime, the group accepts that the re-appointment of John Sheridan as manager of the club warrants a partial ceasefire in tensions with the ownership.

Recent months have seen PTB act as a key instigator in the push to remove Lemsagam from the club, but the combination of Sheridan, Lemsagam’s statement of admission that he must sell and the forthcoming fight for Football League survival have changed the present landscape.

Keeley said: “All protesting will be stopping from our point of view.

“John’s a club legend so he deserves that respect from us and for everyone to get behind him.”