Sheridan: 'I jumped at the job' 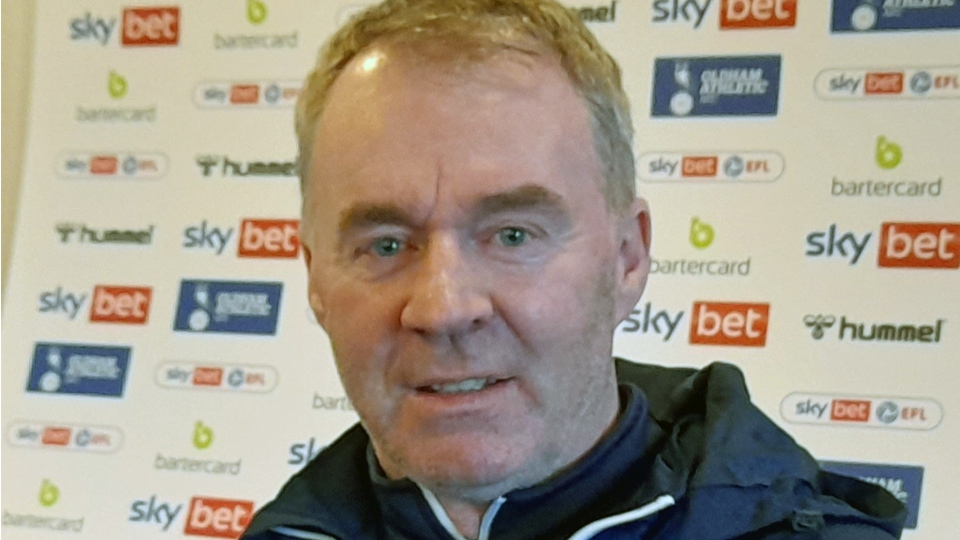 John Sheridan: 'To see them in the position they’re in at the moment is hard to take'

Latics hero John Sheridan has revealed that he jumped at the opportunity to return to the Boundary Park hot seat for the SIXTH time earlier this week.

It’s been a nightmare 2021/22 season on and off the pitch so far for Latics, but the disenchanted fan base has been rejuvenated and re-energised again this week after their clamour for another ‘Shezurrection’ was responded to by the troubled ownership.

“I got a phone call at the weekend and was offered the job, so I jumped straight at it,” said Sheridan at his press unveiling earlier today (Thursday).

“Obviously I’ve got a lot of fond memories here and I’ve enjoyed some special moments.

“To see them in the position they’re in at the moment is hard to take, so I’m ready to come in and do my best to help keep the club in the Football League."

Clearly that fan link played at least some role in Sheridan accepting the club’s offer again, but the players must respond accordingly now too, given that Latics are currently seven points shy of the safety right at the bottom of League Two.

“I’ve always had a good relationship with the fans and I’ve always felt as though I’ve done well here,” added Sheridan.
“I loved my time playing here – the fans were always good to me.

“I’ve been around the club for a long time, so I know the place really well.

“It’s not necessarily about me having a good relationship with the supporters, though.

“It helps of course, given the current situation, but it’s about me trying to get the best out of the players now.

“We need to get out there and win football matches – it’s important I get a response from the players more than anything else.
“The quality is there. I’ve watched the game against Forest Green only today (a thrilling 5-5 draw at Boundary Park last month), and there should be that belief that we can beat any team here.

“The spirit and the fight the lads showed in that game against the league leaders was there for all to see.

“The lads have got to go out and show that character and belief between now and the end of the season.”

He ended his Boundary Park playing career in 2004, and has previously managed the club five times, twice as caretaker, albeit on the first occasion for just one game.

He was first appointed as permanent Latics boss in the summer of 2006.

‘Shez’ then went onto manage Chesterfield, where he won the League Two title, and had spells in charge of Plymouth Argyle and Newport County before returning to Boundary Park to pull off what became known as the “Shezurrection” in 2016.

Similar to the current predicament, Latics were rock bottom of League One when he was appointed in January.

However, they went on to embark on a seven-game unbeaten run to give them momentum, and a run of three wins on the spin after a dip in form in March fired Latics out of the bottom four for the first time since November.

Back-to-back wins against Southend and Crewe in April secured safety.

Sheridan left for Notts County that summer, returning to Latics in January 2017, to complete the ‘Shezurrection’ sequel, when the team survived with two League One games to spare.

He has since managed Fleetwood, Carlisle, Chesterfield, Wigan and most recently Swindon Town.

Sheridan’s first game back in charge is at home against derby rivals and fellow out-of-form side Rochdale on Saturday.