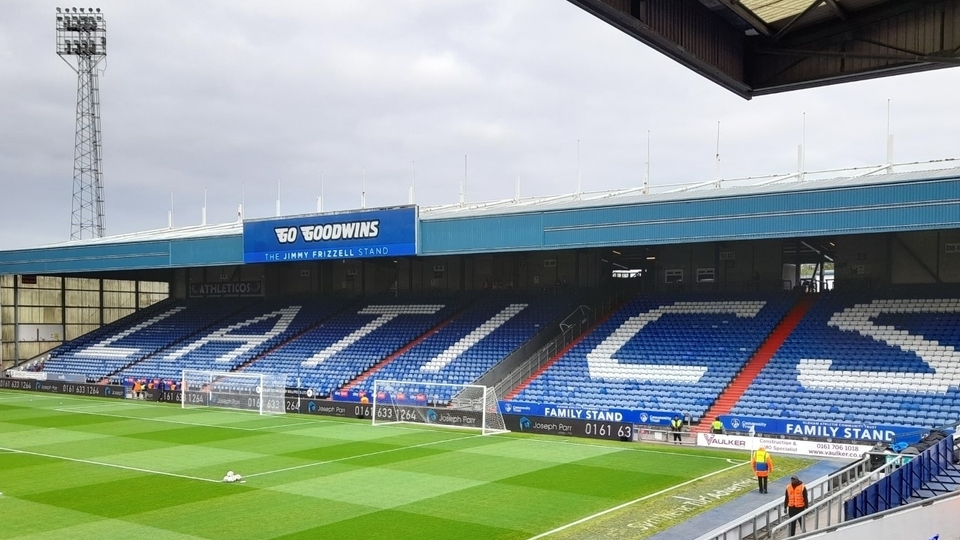 Leyton Orient have now won their past three games, including a noteworthy 3-0 away win over Harrogate Town

There was a crippling sense of deja vu at Boundary Park on Saturday afternoon as Latics once again tasted defeat deep into stoppage time.

Davis Keillor-Dunn’s twelfth of the season to earn a first half lead against promotion-chasing Mansfield Town turned out to be a familiar false dawn, his side having now lost six times on the spin as they scramble to avoid the drop.

In amongst those six; three leads and three matches lost after the 90th minute.

In each of the past three defeats, Oldham’s disappointment at least carried the faint silver lining that fellow relegation candidates Stevenage were also beaten.

The Hertfordshire outfit remain only three points above Latics - 34 to 31 - and with a slightly poorer goal difference.

Whilst currently an unspectacular 17th in the table, Tuesday’s opponents Leyton Orient have now won their past three games, including a noteworthy 3-0 away win over Harrogate Town.

A common theme through those victories for the O’s has been the sudden upturn in form for 21 year old Cypriot forward Ruel Sotiriou, who scored in each.

Whilst forwards Harry Smith and Aaron Drinan have been the main sources of goals for their side this season, with 12 apiece, Sotiriou is the away player in the richest vein of form.

Speaking on Saturday, John Sheridan rued failings in concentration and refused to make excuses ahead of a gruelling run in.

"Against a team going for promotion I thought we were excellent in the first half and should have been three-up in my eyes.

"But for some reason I've always got this feeling that teams are going to come back at us.

"I told them at half-time how well they'd done and should be possibly two or three up.

"It's really cruel in the way we've lost the game, but it's our own doing.”