You are Here: Home » News » Latics » Latics snap up Hogan on two-year deal 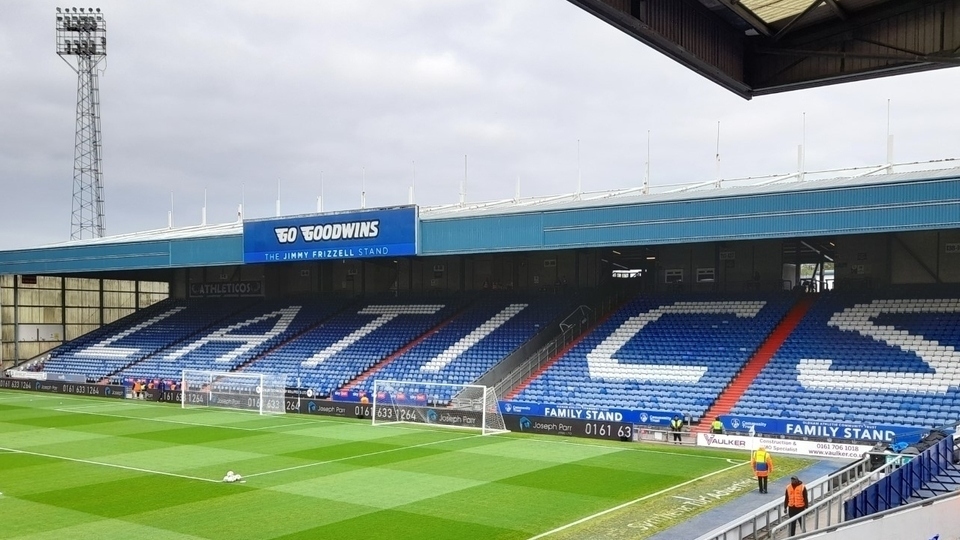 Latics have snapped up vastly experienced Liam Hogan on a two-year contract.

The 33-year-old defender, whose professional career spans more than ten years with seven clubs, joins Latics straight on the back of a second promotion from the National League with Stockport County last season.

Hogan featured more than 80 times at Edgeley Park over a period of two-and-a-half years.

A central defender by trade who can also feature at full-back, Hogan began his career in non-league with Halifax, earning two promotions as the club worked its way up the divisions.

More than a century of games during three years at the Shay earned him a move into the EFL with Fleetwood, also spending time on loan at Macclesfield.

Hogan then spent a season at Tranmere before a distinguished spell at Salford, captaining his home-town club to a double promotion, including success in the National League North before leading the Ammies to an historic climb into League football in 2019.

Also earning a number of individual accolades, Hogan totaled more than 100 appearances at Moor Lane, his seven goals from the back also representing the most prolific period of his career.

He then moved to Stockport in February 2020, again taking the armband during his two full seasons.

On completing his first addition of the summer, manager John Sheridan said: “I’m really pleased to have secured the services of a player who has had real success in the division we’ll be playing in next season.

“Liam is an excellent defender, a clear winner, and his experience in the National League will be a huge asset to us during the season ahead.

“It’s vital that we build a squad around players who have been successful at the level we’re going in at. Liam ticks all of those boxes, including a number of seasons in the EFL, and the fact he becomes our first signing shows how much I wanted to secure his services."

On joining Latics, Hogan added: “After speaking to the gaffer it was a very easy decision for me to sign and I’m really pleased to have been given this opportunity.

“It was very clear from that start how much he wanted me and that he sees me as a big part of helping to turn this club around and getting it back in the right direction as quickly as we can.

“I’ve got a bit of a niche in this league and the clubs I’ve been associated with and I’m very much looking forward to helping to bring that same philosophy here with the right players around me.

“This league is a difficult league, make no mistake about it, but I’m really determined to ensure we can deliver success on the pitch.”

Hogan will officially join Latics on July 1 after the conclusion of his contact at Stockport.

His move is also subject to the relevant FA and league approval.

Squad numbers will be announced at a later date.