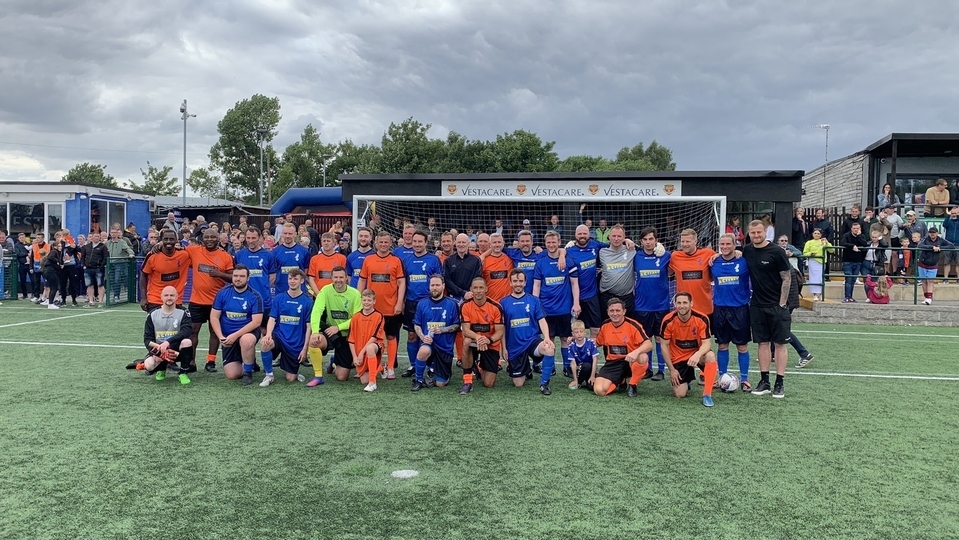 Image courtesy of Push the Boundary on Twitter (@PTB_OAFC)

Well over a thousand Latics fans turned out at Avro FC's ground in Limeside yesterday (Sunday), and in doing so raised thousands of pounds for the 1895 Fund.

The supporters turned up in force to support a special Fans versus Legends game in a bid to raise cash for the 1895 Fund, which will hopefully contribute to the £6million target set in order to make an offer to buy Boundary Park from landlord Simon Blitz.

Push the Boundary Tweeted: "What can we say about today other than….Thank you!!!

"Each and everyone of you who has donated, came to the game, helped as a volunteer, ex players turning up, donations for the raffle/auction or contributed in any other way, we couldn’t have done it without you."

OASF Tweeted: "From everyone at OASF we could not be prouder of the effort today.

"And most importantly the players who gave up their time.

"It really is appreciated."

Fans' favourite Wheater, meanwhile, who now plays for and part owns Darlington FC in the North East, comically Tweeted: "After today's performance by my Oldham Athletic fans team I have saved myself the embarrassment and sacked myself as manager.

"Thanks for all your efforts lads.

"Hopefully raised a lot of money for a good cause today.

"Well done to everyone who organised and took part."