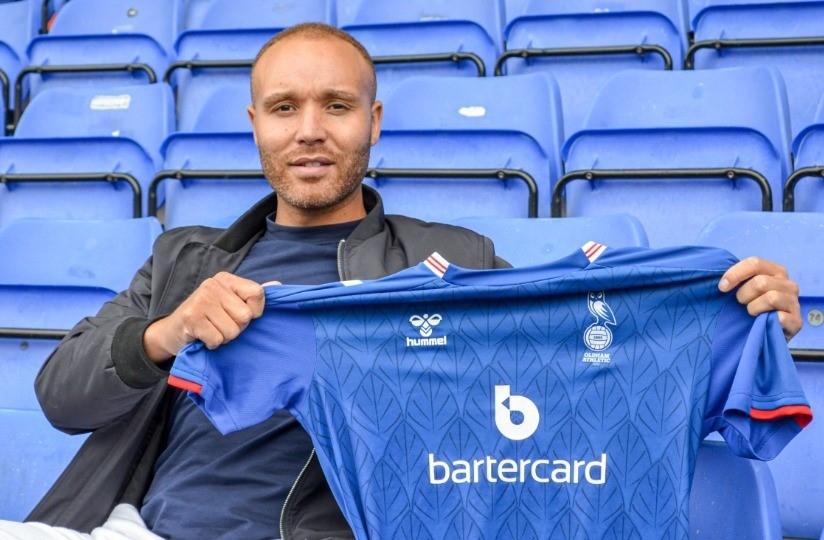 Midfielder Lois Maynard has joined Latics on a one-year contract.

The 33-year-old, who won promotion from the National League with Salford in 2020, joins Latics from last season’s champions, Stockport County.

Maynard is another player with vast experience, having also played at the level for Tranmere Rovers and Solihull Moors, where he spent the last campaign on loan.

On securing his latest summer capture, manager John Sheridan said: “It’s vitally important we build a squad with quality and experience in key areas and signing Lois is a significant move in that respect.

“Lois knows what the National League is all about, he has been part of a number of very successful sides in the division and will help bring the sort of mindset we need to do well during the season ahead."

A defensive midfielder who can also feature across the back line, Maynard spent the whole of last season on loan at a Solihull side who were narrowly pipped to promotion, losing in the play-off final having finished the regular campaign in third position.

He joined Stockport two years ago on the back of an impressive three years at Salford, playing a pivotal role in the recent rise of the Moor Lane side by winning the National League North before securing an historic promotion to the EFL.

Born in Manchester, Maynard featured during the early part of his career for Chadderton before establishing himself as a strong competitor for FC Halifax, qualifying for the National League play-offs.

He repeated the same feat during two seasons at Tranmere before helping bring success to Salford.

The move is also subject to the relevant FA and league approval.