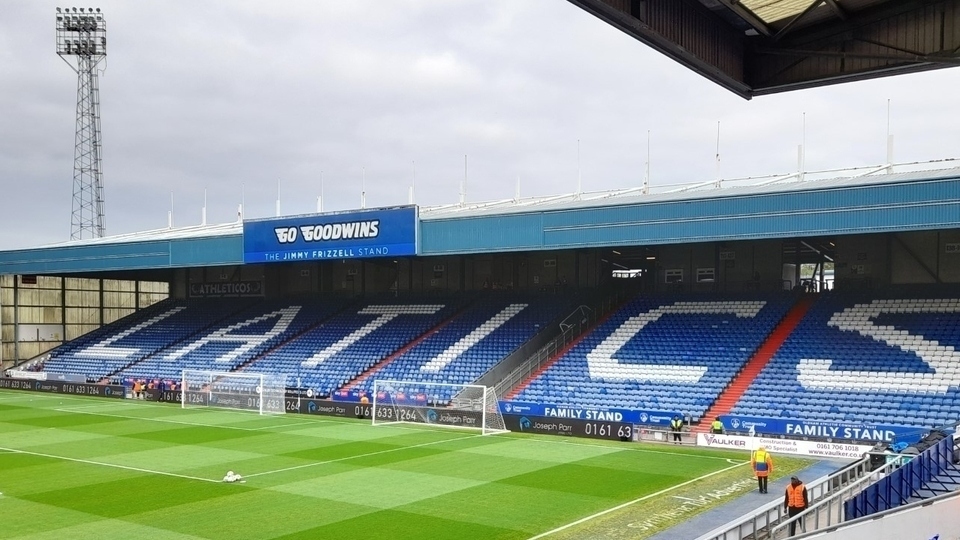 A crowd of almost 1,000 was inside Boundary Park to witness Latics suffer a 3-0 defeat by League Two Mansfield Town in the latest pre-season friendly fixture.

The Stags prevailed thanks to a double from Rhys Oates and a late Oliver Hawkins header.

Meanwhile, new Latics capture Nathan Sheron is aiming to hit the ground running when the new campaign begins in just less than a fortnight.

The 24-year-old, who arrived at Boundary Park in the summer from Harrogate, played his first full match in an Latics shirt during the pre-season defeat to Mansfield.

Having completed the game in the centre of the defence after operating at the back and in midfield during previous games, Sheron has already shown his versatility.

After two recent tests against higher-ranked opposition, he says the squad is now focused on making a good start to the season.

“We’re three weeks into pre-season and we need to make sure we’re ready for the league games start when they start,” he said.

“Things have been going well in training, the gaffer has said we have got be focused over the next few weeks and be in a position to hit the ground running when the season starts.

“We’re all looking forward to the start of the season.

"We need to improve on our performance from Saturday and make sure we are ready for two weeks’ time."