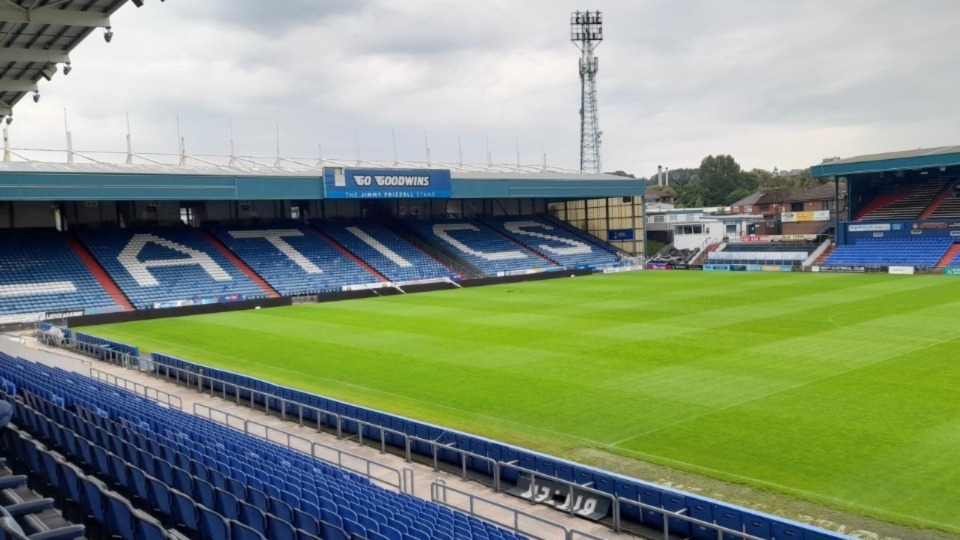 Latics kick off their National League campaign at Torquay on Saturday

Magnus Norman is relishing the challenge that the National League will present as the build-up continues to Saturday's opener at Torquay.

The 25-year-old goalkeeper, who joined Latics from Carlisle United after rejecting the option of a contract extension, has revealed that he’s settled in well and is happy to be working with coach Steve Collis again.

“I came in just over a month ago and I’ve got on really well with everyone," said Norman.

“I’ve been made to feel really welcome, and it always helps when you know a few of the players already.

"I worked with Steve (Collis) at Carlisle, so it’s good to be working with him again.”

Having played the vast majority of minutes during Latics' pre-season fixtures, Norman is delighted to be back on the pitch.

He added: “I’ve really enjoyed being out there, getting games and minutes under my belt has been great.

“Playing games is vital for me as no player wants to be sat on the bench and I’m no different.

“We haven’t had the results we would have wanted, but I think we’ve seen some good parts of our game, and we’ve definitely improved each game, so I’m looking forward to the season.”

Norman is under no illusions ahead of the new National League campaign.

“It’ll be a tough league, there’s no doubt about that," he added.

“I think we’ve got to be ready for a fight and battle each week.

"Set pieces are going to be massive, as are throw-ins and second balls.

“I don’t think it’ll be as easy as some people might think, but I think the lads will stand up to the challenge.

“When you’re a newly-relegated side, you can’t look anywhere other than being in and around the play-offs, that’s the way you’ve got to look at it.

“You’ve got to aim as high as you can and hopefully get a bit of luck.

"The aim obviously is to be at the right end of the table and get promoted.”