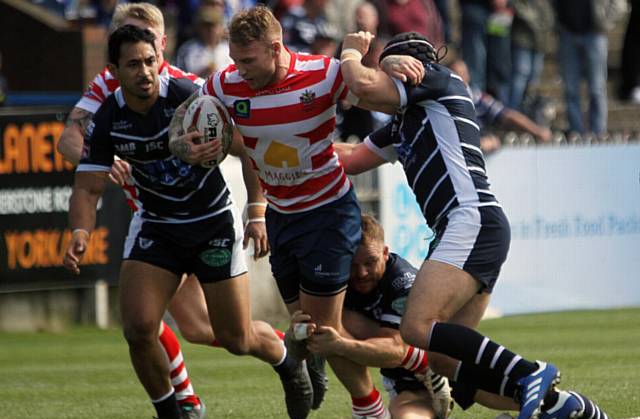 It was the 'Langers show' on Friday night

"Its the Langers show," quipped head coach Scott Naylor when presenting him with the boss's player-of-the-year prize.

Second-row forward Langtree, who has joined Hull on a two-year deal, also walked off with the players' player-of-the-year award and chairman Chris Hamilton's clubman-of-the-year trophy.

Fans voted for Liam Bent as their top gun, while an Unsung Hero trophy, named by the chairman, went to Anne Kearns, who has been running Roughyeds since Hamilton had major heart surgery in May.

The Supporters Trust; the club's Heritage Trust; and the Past Players Association were all represented.

Each of the five awards was sponsored by Regenda; Fit4Sport; Pam Taylor and LTS; ORSA (the Supporters' Association); and the Past Players Association.

The club's focus now switches to its "back the boys" campaign in which it is appealing to as many fans as possible to buy 2019 season tickets which are on offer at discounted prices until December 14.

Everyone buying a season ticket gets one home game free and a newly-designed club scarf, worth £10.