You are Here: Home » News » Roughyeds » Neal to stay on at Oldham

Neal to stay on at Oldham 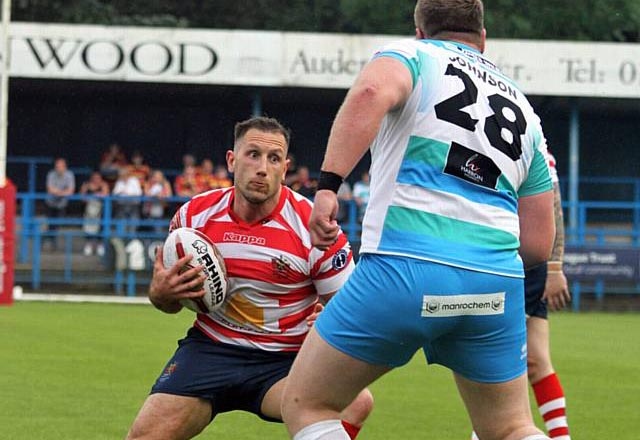 Prop Adam Neal may have retired as a player, but he will still have a key role to play with Oldham RL Club in 2019.

The former Salford front-rower, a personal trainer in his full-time professional life outside rugby league, doubled up at Oldham last season as both pack leader and strength and conditioning coach.

He has since signed a new one-year agreement covering strength and conditioning only.

In 2017 he suffered a fractured jaw and then in 2018 he was badly concussed - an injury that sidelined him for nearly three months.

Said Neal: "On top of things like that I'm exceptionally busy at work and it just seems the right time to call it a day.

"I would like to thank all the backroom staff at the club for looking after me brilliantly when I was suffering from concussion.

"I missed about a dozen games all told and for four weeks during that time I had bad headaches and impaired vision.

"I could train to a certain degree, but I could only run in straight lines.

"I'm well over it now, as proven in the last game at Bradford when I took another blow to the head but without any adverse reaction.

"Nevertheless, it's the right time to put my Oldham shirt on the peg and to concentrate on the strength and conditioning job.

"I'm looking forward to it massively.

"When I joined Oldham at the start of the 2015 promotion season I had taken a year out after leaving Salford and losing a bit of interest in the game.

"I soon got my appetite back with the Roughyeds.

"The people were great and it was just a good place to be.

"I know the other lads say the same sort of thing, but that's because it's true.

"I would have missed all that had I finished completely, but in my new role I'll still be heavily involved at the club and with a lot of responsibility."

Said head coach Scott Naylor: "Adam's life outside rugby has become extremely busy and we totally understand and appreciate why he is retiring as a player.

"I'm delighted he's staying with us in charge of strength and conditioning because he did a great job last season and it will be even better for him this time because he won't have the additional pressures of playing as well."