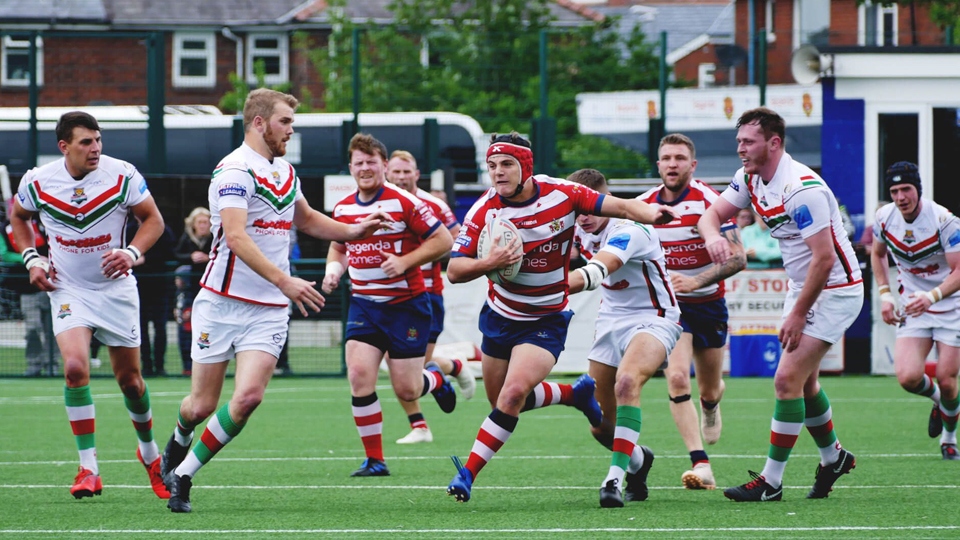 Harry Aaronson, who played for Oldham on loan from Swinton Lions last season, has signed a one-year contract that makes him a fully-fledged member of his home town club's Betfred Championship squad.

The 21-year-old University of Leeds student scored four tries in nine Roughyeds' appearances last season but missed the charge to promotion, via the play-offs, because he had booked a holiday before coming to Oldham.

"He is an exciting prospect who will add depth to the squad and that will be invaluable as the season progresses."

Looking ahead to life in the Championship, Aaronson said: "It will be tough next season, but we've kept the nucleus of the squad together and brought in a few new players.

"We've got to regard staying up as the absolute minimum.

"I honestly think we can get above the bottom few and be looking up rather than looking down."