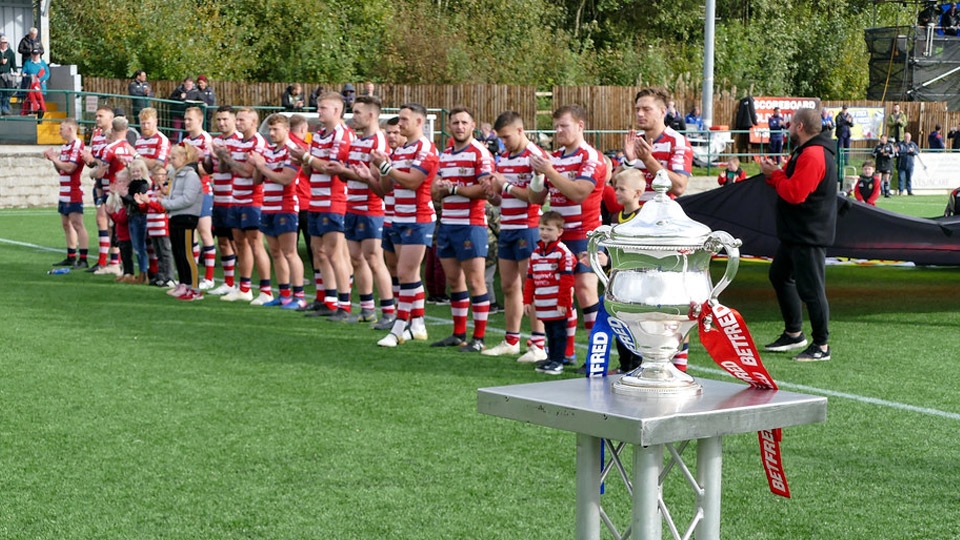 A squad that includes new boys James Worthington, Lewis Charnock, John Hutchings and Jode Sheriffe will be back in pre-season training next week.

This will also include Declan Kay, Harry Aaronson and Adam Brook.

With 18 players signed on currently, there will be more signings to come, including that of new head coach Matt Diskin's assistant, whose arrival is thought to be imminent.

These are fascinating times in the Roughyeds camp with a big night coming up on Tuesday when former Leeds Rhinos star Diskin introduces himself and his new No 2 to a squad that is relishing the prospect of going head to head in the Championship with some of the biggest clubs outside Super League.

Off the pitch we've got new kit suppliers in 1895 Sports and new main sponsors in the Warrington-based security firm CDX.

Then there's Bower Fold waiting for us, a neat, compact little ground with ample seats, terracing and covered on all four sides.

It's a pity we're not playing in Oldham but, as had already been said, that's the price of success and promotion and, in any event, the Stalybridge venue is only a few miles down the road.

Early Bird season tickets offer fans fantastic value for money and are available online until 11.59pm on Saturday, November 30 and in the office (cash or cheque only) every Monday, Wednesday and Friday, between 10am and 3pm, up to Friday, November 29,

Before those deadlines you can get adult seating for £190 and adult standing for £170 --- those work out at £15 and £13 a game over 13 home league games or, looking at it a different way, you watch 13 home games for the price of ten across the season.

There are discounts too after November 30 and up to the week before Christmas but to get the best deals and make the biggest savings you can't beat Early Bird.