You are Here: Home » News » Roughyeds » Diskin looks forward to 'a tough ask' 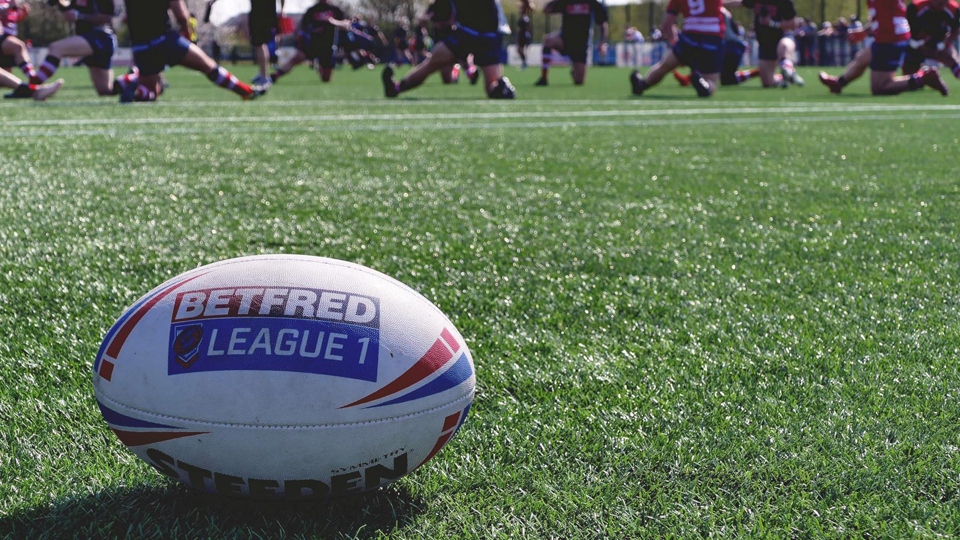 Having been beaten so far in three of their first four Betfred Championship games, the newly-promoted Roughyeds will be anxious to take points off the Rams on home soil although the men from the Heavy Woollen region of West Yorkshire have made a blistering start to the 2020 campaign.

They've made the whole of Rugby League sit up by winning at Halifax and then knocking over Widnes Vikings at the Tetley's Stadium.

Said Diskin: "Few would have expected them to win those two games so they'll be full of confidence and expecting to win.

"It will be a tough ask for us but we need the points and, for us, it will be like a final."

Both Diskin and his No 2, Brendon Sheridan, were born and brought up in Dewsbury and they still live in that area, Sheridan having been involved in the town's amateur rugby league community all his sporting life.

They won't need telling what the Rams - or their coach Lee Greenwood -- are all about.

Indeed, Greenwood's achievement in keeping Dewsbury in the Championship in his first season at the club last year can be likened to the task currently facing Diskin in his first year with the Roughyeds.

A year on, Greenwood is in a much stronger position to guide his new-look, fortified squad up the table and away from the relegation zone than he was back then and that was always the plan -- survival in year one, advancement in year two. Heard that before somewhere ?

Diskin is still in year one but in Greenwood's case, a key element of planning for year 2 was recruitment and of the many new players he has brought in it is generally regarded that the two "biggies" are centre Matty Fleming from London Broncos and loose-forward Chris Annakin from Wakefield Trinity.

Fleming, formerly of St Helens and Leigh Centurions, adds plenty of fire-power to the Rams back division, while Annakin has returned to his home-town club after nine seasons at Wakefield.

Other recruits include winger Will Oakes from Hull KR, second-row Sonny Esslemont from Sheffield Eagles, Connor Scott from Doncaster and Jon Magrin from Bradford Bulls.

There's a lot of experience there, but nothing to compare with that of the club's long-established half-backs Liam Finn, who's 36, and Paul Sykes, who's 38, veterans who are at the heart and soul of every Dewsbury game plan.

They will most likely attempt to kick Roughyeds to death and push their forwards, including Luke Nelmes, to make the sort of whirlwind start that caught Oldham cold in the Challenge Cup tie at Widnes and again against Bradford in the league at Bower Fold last week.

Roughyeds will be ready. A lot of emphasis has been placed on the start in training this week and also on goal-line defence.

Added Diskin: "We need to improve massively in those two areas and also in turning chances into points. We scored two good tries against the Bulls but we created a lot more chances which came to nothing because we need to be a lot more clinical in our decision-making."

His squad won't be finalised until the Saturday morning Captain's Run, but Liam Bent is said to be still very doubtful with a knee injury and there will be changes because dual-reg pair Jack Croft and Lee Kershaw, in the backs, will not be available this week.

There's better new, however, concerning centre James Worthington, who has had a groin injury and who hasn't played since the first league game against Widnes on February 2.

He has trained normally on both nights this week and is expected to be in the mix when Diskin names his squad.