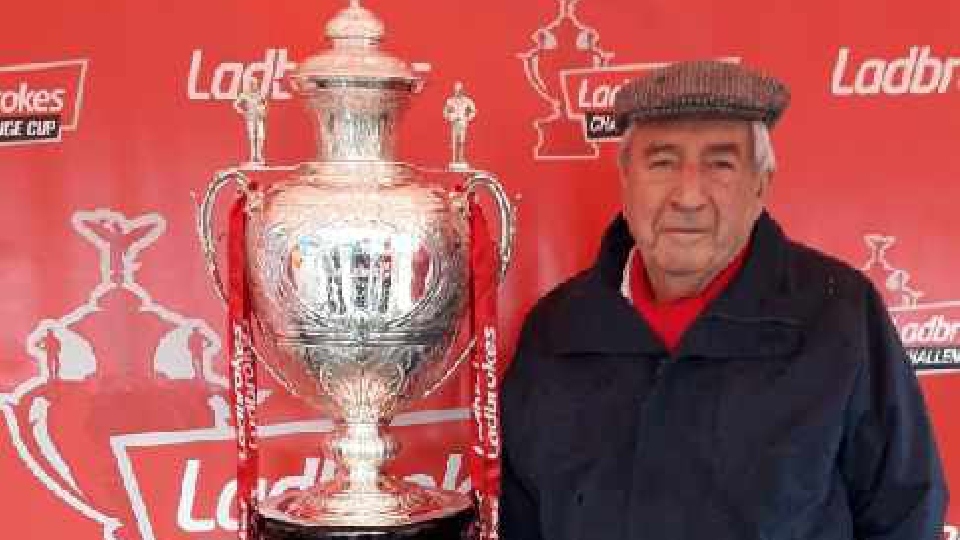 Alan Bintley has passed away at the age of 85

It is with deep regret and sadness that Oldham RLFC acknowledged the death of Alan Bintley, a fan for more than 70 years.

Pictured (above) with the Challenge Cup, Alan has passed away at the age of 85 after watching and cheering for the Roughyeds since 1943.

For more than 30 years he and his daughter Hilary were season-ticket holders.

In a message to club chairman Chris Hamilton, Hilary said that due to her dad's ill-health they had been unable to get to games for the last 16 months, but during that time they had kept in touch with the club via the website and had closely followed games together - as they had done for the previous 30 years as season-ticket holders - on Twitter.

She concluded: "I hope the club is managing to get through these strange times and I look forward to getting started again."

The club's thanks go to Alan for his lifelong support and backing and the sincere condolences of Chris and everyone at the club go to Hilary and the family.