You are Here: Home » News » Roughyeds » Harry calls time on his rugby career 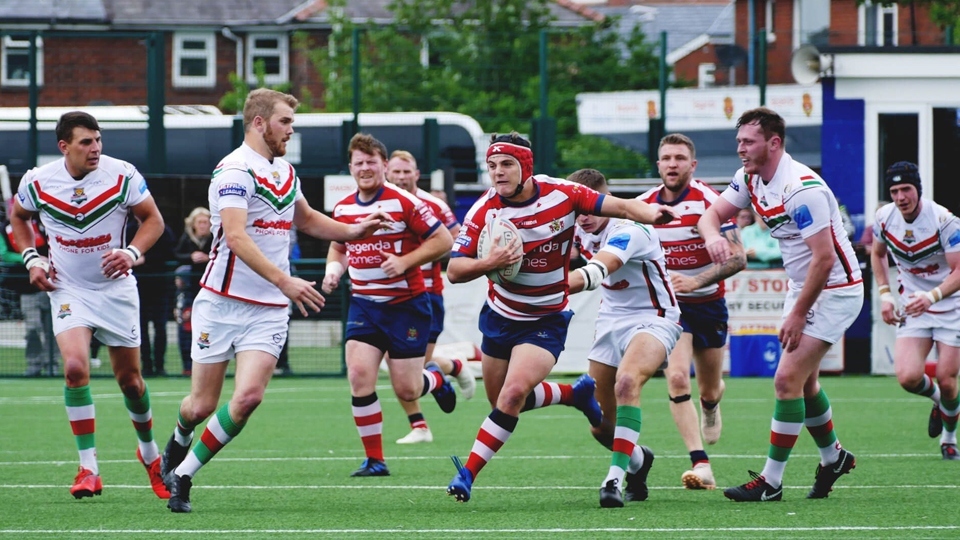 Local lad Harry Aaronson, Oldham Rugby League Club's former Swinton Lions and Keighley Cougars winger, has retired from the game to devote his time and energies to a new full-time job in recruitment.

The ex-Saddleworth Rangers player (22) will be based in Leeds and will still be at his desk on midweek evenings when Oldham start training.

"The way things are at present I can't commit to anything outside work hours," said Harry, who played 11 senior games for his home-town club after arriving on loan from Swinton in May last year.

He added: "The job will involve long hours and late finishes and it will have to take priority.

"For now I've got to commit everything to the job.

"If I've time on my hands at weekend I might get a game at Saddleworth, but there's no way I can commit professionally.

"It was a tough decision, but it was the right one.

"I loved my year at Oldham and I wish the boys all the best in 2021 and beyond."

He scored four tries in nine games while on loan last year and then, having signed a contract for 2020, played in the first two games of this ill-fated Covid-19 campaign against Widnes at Bower Fold and in France against Toulouse.

He made his debut at home against Doncaster in the 1895 Cup. playing on the wing outside Anthony Bowman. Doncaster won 24-12 and seven days later inflicted more pain on Roughyeds when winning 31-0 at the Keepmoat.

Jack Holmes was Harry's centre on a dark day for Roughyeds, but there were brighter days ahead in that promotion year for both the club - and for Aaronson.

Seven days after the Doncaster debacle, the scrum-capped winger played outside Zack McComb against Keighley Cougars at the Vestacare Stadium and twice crossed the Cougars' line in a 28-4 win.

He then played in the next six league games, five of them ending in victory, and scored another two tries - again outside McComb - in a 46-30 home win against North Wales Crusaders in mid-July.

He played nine games in a row, only to lose his spot following the arrival of new signing Declan Kay from Rochdale Hornets.

He returned to the side for the first two Championship games this year, finishing with 11 games all told.

Aaronson leaves Roughyeds - and rugby league - with the best wishes of everyone at Oldham RLFC and a big thank-you for all his efforts in the past 15 months.