You are Here: Home » News » Roughyeds » Chairman Chris looking for a happier return to Heywood Road

Chairman Chris looking for a happier return to Heywood Road 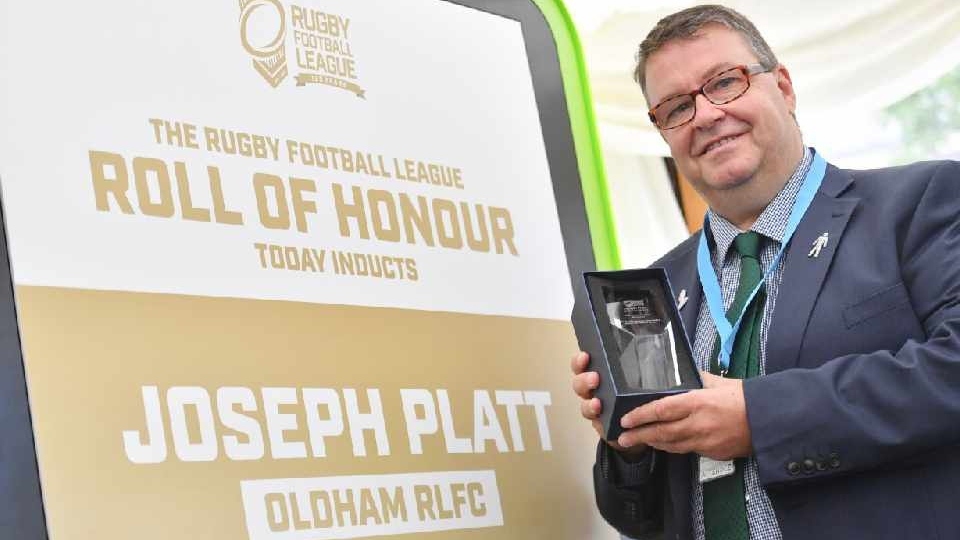 He goes back tomorrow (Sunday) when Oldham meet Swinton Lions in the second round of the Betfred Challenge Cup (12.30pm kick-off) - a tie that will be broadcast by the BBC on iPlayer, the Red Button and BBC Sport digital platforms.

He is desperately hoping to avoid a repeat of his last visit to South Manchester in September, 2017 when Swinton's 29-6 hammering of Oldham in the Championship Shield kept the Lions up and condemned Hamilton's club to relegation from Rugby League's Championship.

After the final hooter, the sight of the Oldham chairman, owner and full-time chief executive sitting alone in the main stand, staring blankly into space, is still remembered clearly by many fans.

Sean Whitehead, a former club director colleague who knew more than most what relegation meant to Chris, went to console him.

Since then, he has had major heart surgery and a knee operation, but there have been happier times for his club.

In 2019, two years after that dark day at Heywood Road when the Lions roared and the Roughyeds whimpered, Oldham beat Newcastle Thunder in a League 1 play-off final to return to the Championship.

The man behind the club had missed much of the 2018 season, but he wasn't going to miss the 2019 Promotion Final and he took his seat in the stand only five days after surgery on that gammy knee and only a year after undergoing a quintuple (5) heart bypass at Wythenshawe Hospital.

With victory secured after a thriller, club captain Gareth Owen climbed into the stand to hand over the promotion trophy to his chairman.

Then every other player followed him to shake the chairman's hand and to wish him a speedy recovery.

Since then, both Oldham and Swinton squads have changed beyond recognition, as has the Lions management.

Oldham, though, will still feel they owe the Lions big style after what happened in 2017.

There's a twin prize for the winners - a third round appearance in the Challenge Cup and a semi-final spot in the AB Sundecks 1895 Cup, placing them only one game from Wembley.